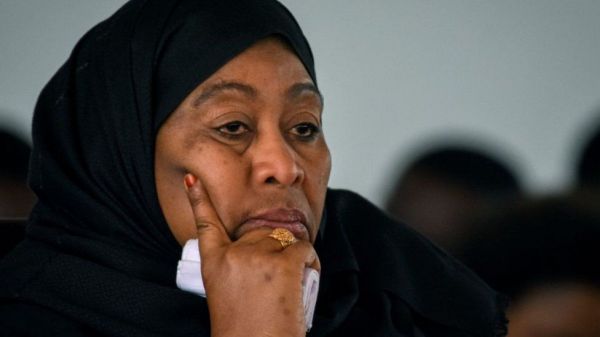 The newly sworn-in President of Tanzania, Samia Suluhu Hassan has charged Tanzanians to discard  finger-pointing and  forge ahead  for the collective good  of the country.

Madam Samia who takes up the task as the country's  first female president admits the "heavy load" she  has to carry on her shoulders but  was quick  to disclose her readinesd to take  up the mantle.

Ms Hassan used her inaugural speech to urge for the "burying of differences" and repeatedly gave assurances of stability.

The president said it was no longer time "to point fingers" and called for unity during the mourning period.

Addressing a packed hall at State House in Dar es Salaam, the new president said she had been sufficiently prepared for the role by her predecessor John Magufuli who died on Wednesday of a "heart condition".

Samia Suluhu Hassan had served as vice-president under Mr Magufuli from 2015 until his death.

She described her predecessor as a patriot who had been committed to transforming Tanzania.

Mr Magufuli had not been seen in public for more than two weeks, and rumours had been circulating about his health - with some opposition politicians saying he had contracted coronavirus.

Loved by his supporters for his no-nonsense approach, he was also a controversial leader, especially over his handling of the coronavirus pandemic.