Nobody can force Nyantakyi out of GFA – Nyaho Tamakloe 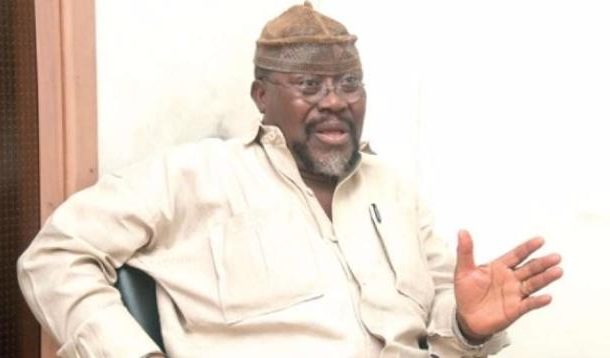 Hearts of Oak board member Dr. Nyaho Nyaho Tamakloe says nobody can force Ghana Football Association Kwesi Nyantakyi out of office, adding the newly elected FIFA Council member should be allowed to leave at his own peril.

There have been calls from top football officials as well as football loving Ghanaians for Nyantakyi to relinquish his position as head of the country’s football federation following his election onto the FIFA executive council.

Nyantakyi pulled 31 votes to pip Ahmad of Madagascar to the second spot, becoming the first Ghanaian to serve on the world football’s powerful cabinet.

“I have known Kwesi Nyantakyi to be a hard working person and as results of that, I relinquished my position as the chairman of the Black Stars committee and I asked him to take over. He is a very competent person and he has done very well to rise up the flag of Africa high in FIFA.’’

“I don’t agree with people calling on him [Kwesi Nyantakyi] to relinquish his position as the GFA president because we are found of creating constitution for ourselves in this country.’’

“We are now dealing with international bodies and there is nowhere in our constitution here in Ghana or at the FA in particular, that states when a person is elected democratically and he get to a higher position, he has to relinquish any position that he is holding neither is there any regulation in FIFA’s rule that will ask Kwesi to quit as the president of the GFA.

“If Kwesi chooses to step down, then that is his own decision but nobody can force him out as the president of the Ghana Football Association.” He added.