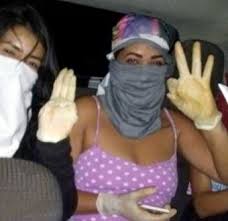 Three Notorious female gang members who gruesomely stabbed a girl from a suspected rival gang to death are being chased by the police.

The unidentified women gangsters who are currently on the run, like to take Selfies before committing their crimes, including recording and live streaming their horror acts on social media. 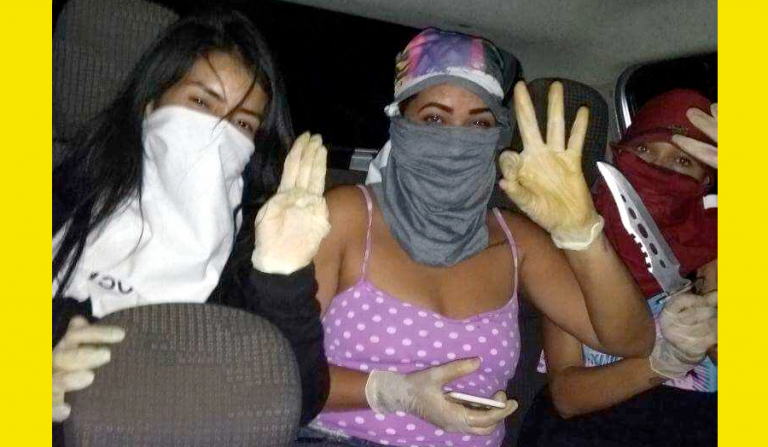 In the footage released by the Brazilian authorities, with the hope of finding the notorious killers, one of the members is seen stuffing clothes into their victim's mouth, before she and another member began to stab her repeatedly, while the third woman filmed the horror scene.