NPP would have abolished trainee allowance in 2009 – Fifi Kwetey 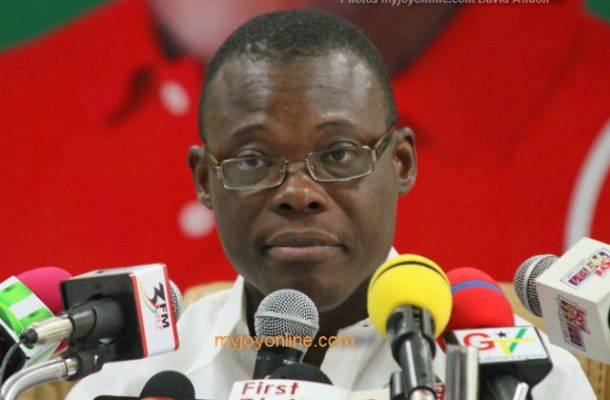 The Transport Minister has accused the New Patriotic Party (NPP) of "double standard" in its attack on government for scrapping trainee allowance.

Fifi Kwetey says the NPP has no moral authority to pontificate as though it genuinely sympathize with the students when a document available to the NDC revealed the party had as one of its policy priorities for 2009, the plan to completely remove the nurses trainee allowance.

A portion of the document dated June 3, 2008 and signed by Abraham Odoom the Deputy Minister of Health under erstwhile President John Kufuor’s government reads:

The governing National Democratic Congress (NDC) has been battling criticisms from sections of Ghanaians over the removal of nurses and teachers trainee allowance in 2014.

Government has contended it is replacing the allowance with the student loan scheme in order to boost enrollment of students into the various training colleges across the country.

Some political scientists and social commentators have warned the decision would have dire consequences on government with 58 days to the December polls.

The flagbearer of NPP, Nana Addo Dankwa Akufo-Addo has promised his government would restore the allowance if he is given the mandate in the general election.

Despite the position of President John Mahama that he would not restore the allowance because of principle, government has beaten a retreat.

Government has announced the Finance Minister, Seth Terkper has been instructed to go ahead and release the money to the nurses and teachers trainees in the country. Political opponents jumped into the bandwagon accusing the President of inconsistency and hypocrisy.

But addressing the media as part of the Forum for Setting the Record Straight in Accra Tuesday , Mr Kwetey said the last political party the NDC will take a lesson from about integrity will be the NPP.

“It is no secret that the NPP tradition is the most discredited tradition in the history of Ghana,” he said, adding “they have shown one remarkable trait down the years, consistent hypocrisy and double standards.”

He said the way the NPP is behaving today is not different from the Danquah-Busia tradition which has a past of double standards, hypocrisy and mass murder