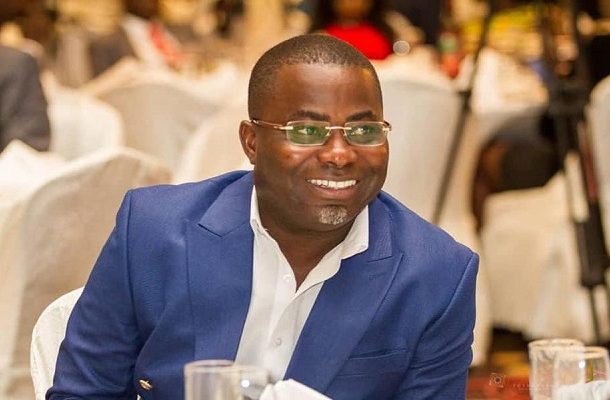 Ahead of the New Patriotic Party (NPP) national executive elections, Charles Bissue who is contesting for the General Secretary position, has picked the number 4 spot on the ballot paper.

The party on Monday had the balloting session for members who have put themselves up for various positions ahead of the elections, slated for July 15, 2020.

After the exercise, Mr. Bissue expressed gratitude to his maker as he described the number as the tool to complete the party to break the 8.

He, however, called on the delegates of the NPP to look out for the number 4 on the ballot on the day elections and vote massively for him to win.

"I’m the only candidate with the requisite track record to help NPP to break the eight come 2024," he stressed.

Mr. Bissue believes that the number 4 was a perfect number that represents greatness, and the will power to keep the opposition National Democratic Congress (NDC) in opposition for a long time.

Additionally, Mr. Bissue explained that his name on the 4 positions on the ballot paper stands for the “creation" of an effective NPP, as well as the completion" of the quest of the party to break the 8.

He continued that the 4th position on the ballot paper also represents an efficient and effective strategy to deliver the NPP beyond 2024 and a "perfection" in the agenda of sustainability and prosperity for all and growth in numbers and strength.