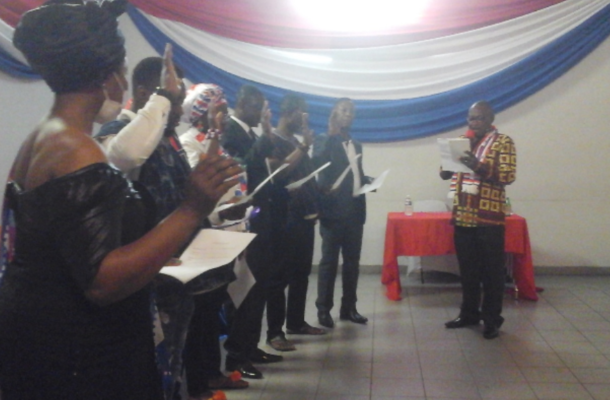 It was solemn moment at the annual NPP chapter conference in France as the outgoing chairman, Yaw Kening handed the barton to the newly elected head of affairs, Frederick Addo.

There were two chapters that met to conclude on the voting process. Executives from Toulouse and Strasbourg were present.

The NPP faithfuls  and sympathyzers were present in their numbers to grace the occasion Of the newly elected Chairman of the NPP Frederick Addo and also to bid farewell to the outgoing Chairman Yaw Owusu kening who has done tremendously well to maintain and uplift NPP chapter in France.