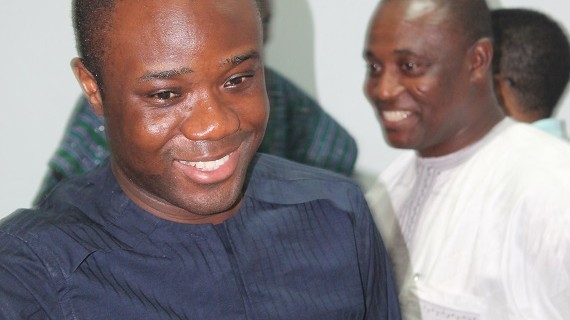 Deputy Minister of Communications, Felix Kwakye Ofosu is blaming the opposition New Patriotic Party [NPP] of being behind the “Who Killed Atta Mills?” posters.

According to him, their attempt was to mar NDC’s campaign launch in the Central regional capital, Cape Coast.

Even though those behind it remain anonymous, some native in the Central region are said to be peeved about why the cause of death of the late President has been shrouded in secrecy.

But in an interview with NEAT FM’s morning show ‘Ghana Montie’, Mr Kwakye Ofosu could not fathom why the NPP did that – after maintaining that they are rather “mocking” the death of the former President.

“The NPP is practicing dirty politics just to mar the beauty of our launch. NPP don’t learn, they always want to engage in an unmiserable politics. Ghanaians and the family of Prof Mills must judge NPP for mocking the death of the former President,” he said.

He warned the opposition party against “destructive politics” – “they shouldn’t go there. NPP should let Professor Mills’ soul rest in peace.”