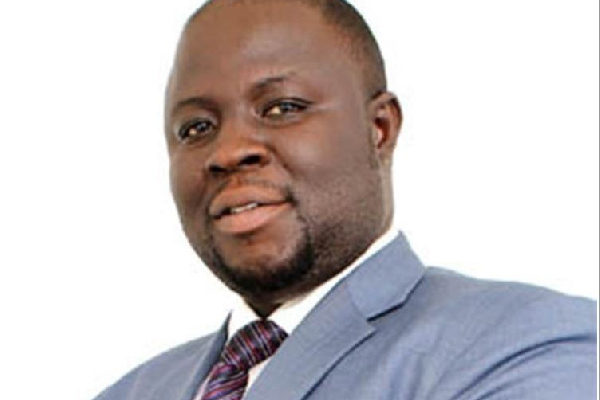 One of the aspiring parliamentary candidates in the Atiwa East Constituency of the Eastern region on the ticket of the New Patriotic Party (NPP) who is also the Chief Executive Officer (CEO) of Eclipse Microfinance (EMSL) in Ghana and Sierra Leone, has vehemently denied been wanted in Sierra Leone over the activities of his company, which has gone defunct.

According to Cudjoe Kafui Amegah, although there were issues with his company, which has since been shut down after enjoying a successful business stint in Sierra Leone, it had nothing to do with fraud, and he is not being sought after by the authorities of that country as being reported, adding the issues have been settled.

Mr Amegah, who was in The Herald’s office to react to the paper’s recent publication about him, his colleagues and their defunct company, revealed how his company had thrived in Sierra Leone until the 2018 election in that country which led to a change of government and members of the company’s board who held political positions changed.

Notable names among the Eclipse Board members, were Rev. Morial Buya-Kamara, who was in charge of the Mahaman International Airport and the former anti-corruption head and lawyer Melron Nico-Wilson, who was the Sierra Leonean ombudsman.

He explained that the change of government also brought about reforms and policies that comes with a change of government, and this affected EMSL, which was incorporated on January 7, 2017, in Sierra Leone to operate as a deposit taking microfinance.

Aside these changes brought about after the election, “Sierra Leone decided to clean up their financial sector like we have done in Ghana and my company suffered the same fate and our license had to be revoked and we went out of operation”.

However, “during this cleaning exercise, The Central Bank of Sierra Leone wrote to our Central Bank in Accra to request for details and also investigate my company of any wrongful doings of which we came out clean as a whistle, not only that, we were never charged of a single misdeed in Sierra Leone and I would like to emphasize the fact that we paid every single person their deposits through the Bank of Sierra Leone”.

Mr Amegah disclosed that “all these happened while I was handling business here in Ghana and I can say that I did not have to exodus their country clandestinely as the newspaper claims. And I still keep a very healthy relationship with my partners and even some customers we worked with in the Country and also the very person whom the newspaper claims is in police custody is actually living his life as a free man who was never arrested or charged for any wrongdoings for his association with my company”.

“Come now, and let us reason together…” I have been in this country all this while, if I have any unfinished business with the security agencies of Sierra Leone, why have I not for a day been called or notified thereof? This is the very question I have been asking myself and for the newspaper to scribble that I am been shielded by the party; a claim I not only find preposterous but of no merit. The NPP as a party does not subscribe to such wrongful acts.

Quoting the book of Proverbs 10:9, Mr Amegah said, “whoever walks in integrity walks securely but whoever takes crooked paths will be found out. And the Integrity of the upright guides them, but the unfaithful are destroyed by their duplicity”, insisting he has nothing to hide.

The NPP Parliamentary, who suspect his political opponent are behind the publication, charged “I would like to point out that it’s about time we make way for decorum and integrity be the core of all our dealings and not defame one all in the name of politics, adding “I am willing to defend my name wherever I go”.

Meanwhile, Mr Amegah’s lawyers have written to The Herald saying “our client vehemently denies the story and says that his company to – Eclipse Microfinance Company has fully settle all debts owed by it to its customers/clients and have been released and discharged from any liability, costs, demands or charges”.

The Herald has also seen letters from Mr Amegah to the Central Bank of Sierra Leone requesting for report from it to support his case that he has settled every liability owed his clients and neither he nor any of his colleagues is being sought after by the Sierra Leoneans.

The letter dated February 26, 2020, was addressed to the Director of Other Financial Institutions Department, Bank of Sierra Leone, Sam Bangura Building.

It continued “This clearance letter has been necessitated due to a negative publication that was carried about the company The Standard Times New Paper on the 8th May 2018. That is been referred to currently by a Ghanaian Newspaper by name The Herald to use the story to publish negative story about my person”.

The letter to the Central Bank of Sierra Leone was signed by Mr Amegah, but the Sierra Leoneans are yet to reply.