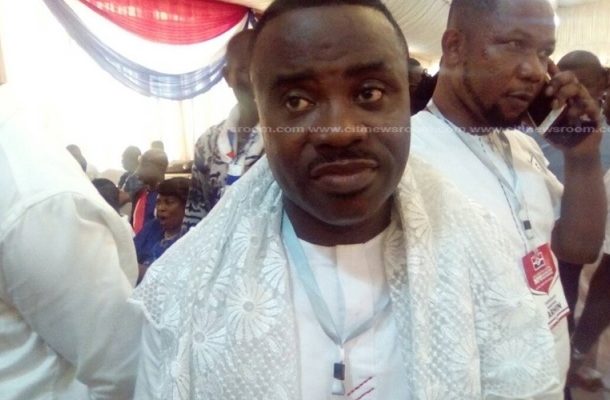 Newly-elected Greater Accra Regional Chairman of the ruling New Patriotic Party (NPP), Divine Otoo Agorhom has revealed that the massive support he received from the seat of government was instrumental in his win.

According to him, the Jubilee House supported his candidature and campaign with money hence his massive win at the polls over the weekend.

In an interview on Accra-based radio station CitiFM Monday, Divine Otoo Agorhom, said; “They [Jubilee House] supported me, they called me, they encouraged me and they gave me money,”

“Even if they gave me GHS1, it is still money,” he retorted when asked for a figure.The Standard Water CEO narrowly beat his arch-rival by polling a total of 276 valid votes, seven more than Mr Alfred Boye’s 269 in the poll on Saturday, 21 April held at the Trade Fair Centre.Another aspirant, Archibald Cobbina managed to poll 65 votes.Mr Agorhom won despite support for his closest contestant by NPP MPs in the Greater Accra Region.