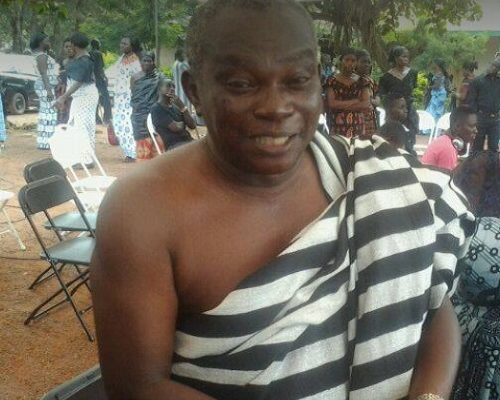 According to him, this will ensure the party secures all their 44 parliamentary seats in the region and capture the 3 remaining seats being occupied by the NDC in the NPP’s stronghold for years thus Asawase, Ejura Sekyere Odumase and Sekyere Afram Plains constituencies respectively.

Chairman Antoh, believes election 2020 will be keenly contested with the NDC seriously poised to take over the management of the country again four years after losing power to NPP.

He contends that the party needs strong tactics led by experienced current parliamentarians to safeguard the party’s votes with all seriousness it requires.

“Therefore I’m urging you all to start working on that move immediately same as we did during the constituency executives elections.”

“Am very excited that party has successfully elected new regional executive to manage the party for the next 4 years period. Your elected party executives have a responsibility to unite the party for peace to prevail after this elections. Moreover, you again have a responsibility to prepare the mind of the party members at the constituency level to understand how vigorous the election 2020 will be and the need for the party members to understand the need for all the current Ashanti parliamentarians to run unopposed in the upcoming primaries’’ he cautioned.

Stressing “we will win the elections if we approach the elections with united team. Therefore, to avoid division in the party I hope you will adhere to this piece of advice I have given you to guarantee the party’s victory in election 2020”.

However, some party executives have already served notice that they will resist all attempts by the party’s national executives to impose non performing members of parliaments on them.

“Trust me we all know the president is behind the party’s decision to impose our under performing members of parliament on us again at the time we are ready to oust them from parliament through the party’s upcoming parliamentary primaries. Trust me many MPs in Kumasi will lose their seat in the coming primaries. They will not have their way out this time therefore the presidents should stay out from the election else we will make him unpopular like we did to Wontumi in Ashanti regional executives elections. Let me tell you, he gave us list of candidate he want us to vote for and gave us money yet we voted against them. We were ready to oust Chairman Wontumi if we had the opportunity to vote on him during the congress. I hope the presidency and the national executives of the party will consider our warning with all seriousness it deserve’’.