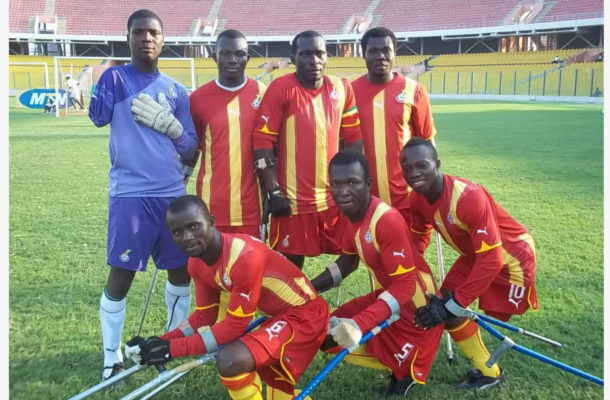 A statement from the Public Relations outfit of the NSA said, over the years the amputee football, had been characterized with infighting, disunity and lack of cohesion, resulting in three different factions each championing the course of amputee football in Ghana.

It said, one group was led by Rev. Richard Adisah, with another group being led by Mr. Daniel Nii Mensah, whilst the third faction is led by Mr. Francis Adjetey Sowah.

According to the statement, the NSA in a bid to unite the various factions, proposed an Interim Management Committee (IMC) to manage the amputee football, with clear terms of reference which includes, organise a national league to select a national team, make amputee football visible in the country, draft a workable and acceptable constitution for the association.

It added that IMC was also to provide election guide lines, time table for elective congress to elect substantive national executives and prepare the National team adequately to participate in the 2018 Amputee Football World Cup in Mexico.

The statement said, “the factionalism and division within the association was so deep that, the office of the Director General of the NSA received a lot of complaints from both stakeholders and the playing body about the entrenched and uncompromising stance taken by the IMC members and the negative effect such attitude is having on them.

“Under such disjointed factionalism, it became very difficult for the Ministry to single out one faction to work with, since that could be misinterpreted to mean supporting one faction against the others,” it added.