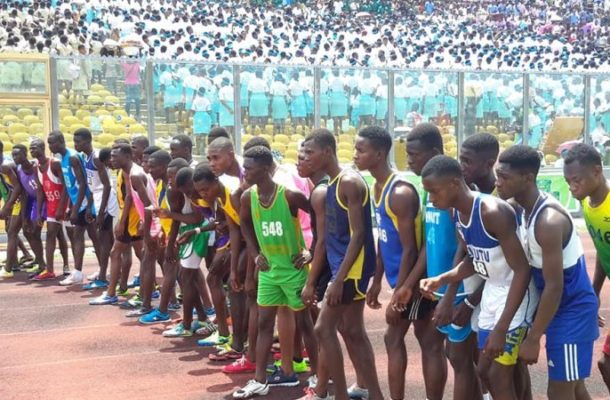 The National Sports Authority has directed the Ashanti regional NSA to take into accounts new fees to be charged for the Inter-School sports activities following the vandalism perpetrated by students at the last event.

This fees may prevent the organizing of the annual inter-schools football and athletics competitions which is held at the Baba Yara Sports stadium.

In the a letter written to the Ghana Education service and sighted by this portal, the NSA is making some outlandish demands which may put the fate of the annual games in jeopardy If nothing is done about the situation.

The Ghana Education Service has engaged officials of the NSA in a bid to reduce the rates but all efforts have proved futile.

Due to this issue the inter school soccer competition which should have come off is hanging by a thread as they cannot fix a date due to the unavailability of a venue.

The soccer competition normally last for eight days that is from the round of 32 to the final game and the NSA is asking for GH 20,000 per day meaning they will have to stump up a staggering GH 160,000 before the competition can be held with the only other alternative being the Obuasi Len Clay Stadium.

The sports federation of the Ghana Education Service sees these competitions as a platform for unearthing talents for the nation and is therefore urging the government and the Ministry for Youth and Sports to intervene else they may have to abandon the competition.

BELOW IS THE LETTER SENT TO THE ASHANTI GES:

Management at its meeting to deliberate and discuss the vandalism recorded at the Baba Yara Sports Stadium during the Ashanti Regional Inter-School Athletics Competition which resulted in the destruction of four hundred and thirty-nine (439) seats have decided to come out with new charges which must be strictly complied with for the subsequent inter-schools Athletics events organized by the Ghana Education Service across the country.

*The new charges are as follows:*

The implementation of these new charges takes immediate effect.

Regional Directors are advised to forward a copy of the letter to the Ghana Education Services Offices in their Jurisdiction.