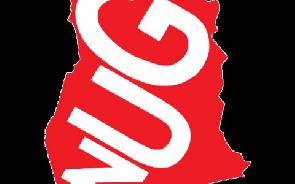 The National Union of Ghana Students (NUGS), is fully in support of the Graduate Students’ Association of Ghana (GRASAG) in their quest to demand their payment of bursaries through a street protest.

Hundreds of graduate students took to the streets on Wednesday to protest government’s failure to release the bursary grants for the 2015/16 academic year.

They wielded placards with various inscriptions including ‘Prez Mahama must respect Graduate Students,’ ‘Invest in Research Mr. Mahama,’ ‘Enough is enough Give us our Bursary Now,’ the students are demanding immediate payment of their grants.

National President of Graduate Students’ Association of Ghana (GRASAG), Rashid Kwesi Etuaful stated that government has demonstrated over the years that it does not value graduate education, adding that the association's problem is with the repeated delay of their thesis and bursary grants.

Government is expected to pay GH¢450 to post-graduate students who are pursuing various degrees in Business Administration (MBA) and Arts (MA) but payment has often delayed.

Meanwhile, in a release signed by Paul Gyan, NUGS Coordinating Secretary and Thomas Takyi-Bonsu, the Press and Information Secretary said “NUGS has taken keen notice of the discomfort happenings being inflicted on one of the blocs (GRASAG), and as the mother union of the student fraternity in Ghana, we deem it a necessity to solidarize with the Graduate Students in Ghana to demand for their constitutional right”.

“Graduate students are slapped day in and day out with numerous economic challenges regarding their academic progress, in the area of research allowance and other important aspects of their academics, a situation which stampedes a harmonious environment for studies”, they underscored.

According to them, beyond the apathy set in for members of GRASAG, it is also a damage to the corporate image since they are compelled to secure loans with high interest to supplement their research lessons which is increasingly becoming very expensive.

“Our attention has also been drawn to a letter forwarded to the ministry of finance for payment to be effected but this has been the attitude of government over the past 6 years, which is that they will wait for an action to be taken before they see the need to act. We want to unequivocally tell government to take education with all the seriousness it deserves because education is the backbone of every nation”, they observed.

They stressed that the expressed disappointments of Parents, Lecturers Management and graduate students towards what they describe as unpleasant happenings at GRASAG may not only affect their academic performance but also affects them psychologically.

NUGS therefore appealed to government and all stakeholders in the educational sector to give the concerns of the association’s attention without delay because it is becoming an attitude which shakings the foundations of this country.