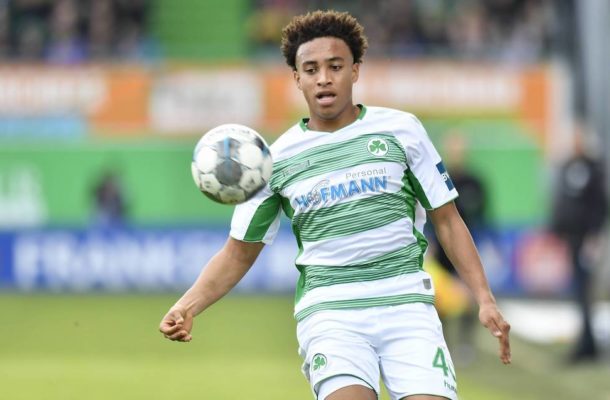 The 19 year old forward plays mainly on the right midfield or on the wings and can even play as a center forward.

Leweling made his professional debut for Greuther Fürth in the Bundesliga 2 on 28 July 2019, coming on as a substitute in the 85th minute for Tobias Mohr in the home match against Erzgebirge Aue, which finished as a 0–2 loss.

The player since making his debut for his lower tier German side in 2019 made a grand total of 22 appearances for the team scoring just three goals.

He came through the ranks at FC Nürnberg before leaving on a free transfer to join Greuther Fürth.

Leweling has made three appearances for the German U-20 side scoring just a goal before deciding to switch nationality to Ghana.

The player has played 5 games in the Bundesliga and once in the DFB Pokal with a cumulative game time of 240 minutes in 6 games all season whiles scoring once.