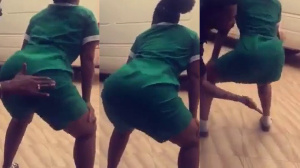 The Nurses and Midwifery Council (NMC)has commenced investigations into the conduct of an unnamed Nurse whose twerking video has went viral on social media.

A video of a nurse in her noble nursing uniform went viral on social media some days ago which got a number of Ghanaians talking considering the fact that the lady in question was a nurse and the video put the noble profession in a bad light.

Reacting to the video which has been described as sexually explicit, the Nurses and midwifery council in a statement condemned unequivocally the conduct of the said nurse; a conduct which is strange and an affront to the noble profession.

The Council sent a note of caution to all nurses to desist from actions which are against their profession’s regulations because it will not hesitate in sanctioning them when they go wrong. 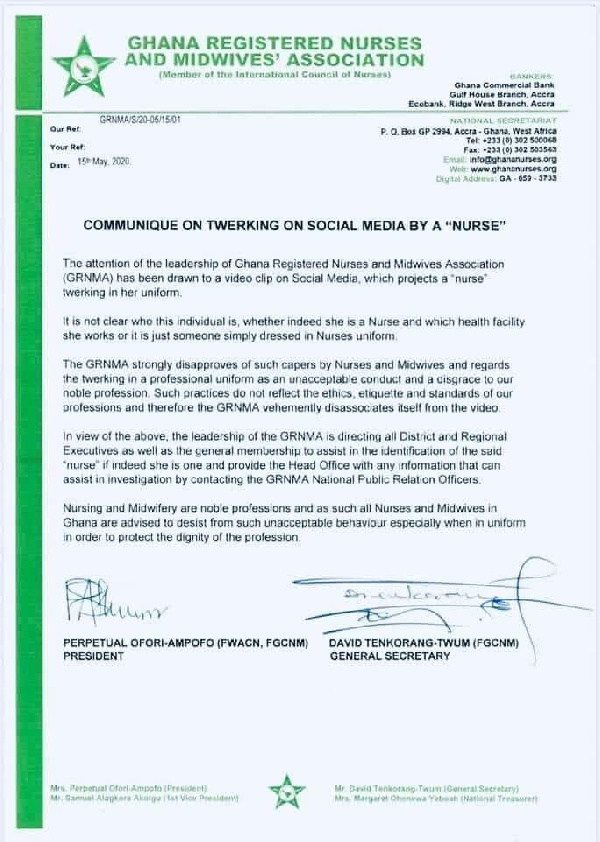 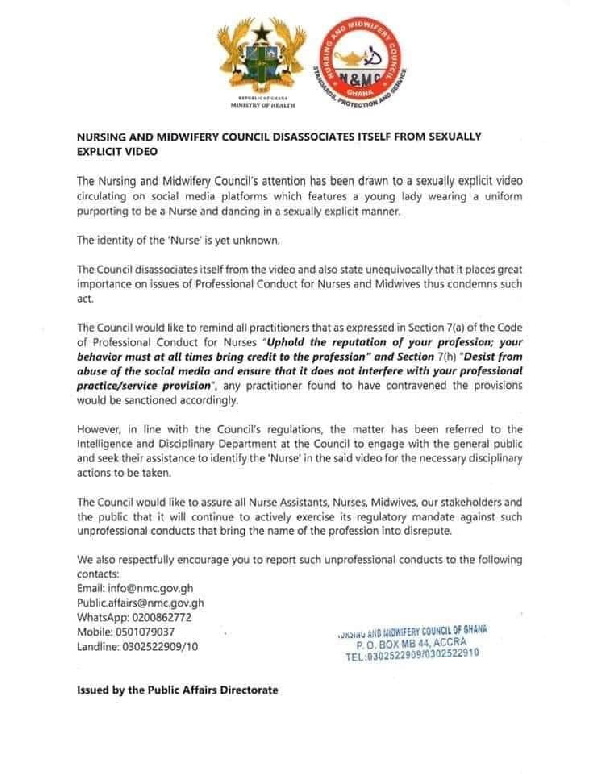