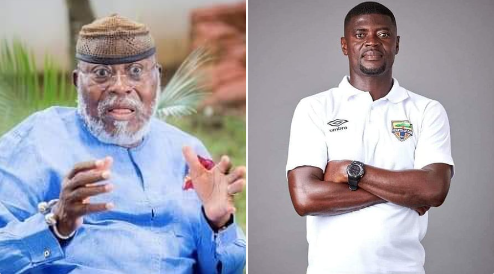 Board Member of Accra Hearts of Oak, Dr. Nyaho Nyaho Tamakloe has laid into the club's head coach says that he has a problem with the technical direction.

“I strongly have my doubt that the technical team can do well in Africa. Hearts of Oak is a big club and must always be in the hand of a big coach like Attiquayefio.

"I believe the current technical team can’t carry us far," he added.