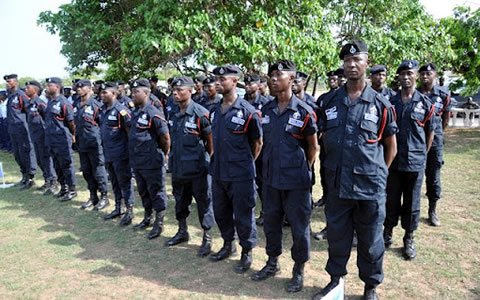 A retired police Chief Superintendent has criticised the continuous use of the decades-old Police Service Act, blaming the old act for delayed reforms at the law enforcement agency.

Polie Services Act is the law governing the conduct of police officers in Ghana.

Paul Avuyi says until a review of the Police Service Act is done to conform with current trends of policing, the concept of democratic policing cannot be achieved.

“We are not doing democratic policing because we still have a 47-year-old Police Service Act which has not seen any change. So which law is ruling the Ghana Police Service? An archaic and obsolete law, so all these things happening now will happen,” he said.

The latest incident involved a 14-year-old pupil of the St. James Anglican Primary school in the Sefwi Akontombra District of the Western Region.

The boy has been left with bruises after he was allegedly lashed by some police officers.

The officers, according to reports, were acting on the instruction of the District Commander who was unimpressed with the pupil’s behaviour.

The Commander ordered that he is lashed because he was caught fighting with another pupil after school hours.

The teenager was forced to take 19 lashes in his palm and his back as punishment for fighting.

Not too long before that incident, a police officer beat up a woman carrying her grandchild at a savings and loans company in Accra.

Supt Avuyi (Retd) says the suggestion by the Inspector General of Police (IGP) to make first degree the minimum qualification for recruitment will not work if the law regulating the police service remains archaic.