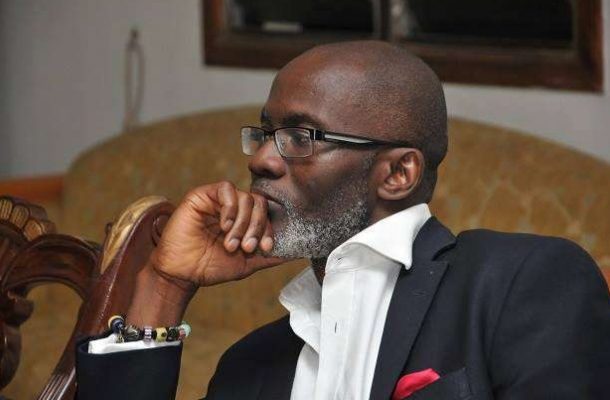 Gabby Asare Otchere-Darko, a leading member of the governing New Patriotic Party (NPP), has been exposed for his hypocritical stance on the cutthroat tax burdens the Akufo Addo administration has saddled Ghanaians with.

In a rather insensitive mockery of Ghanaians “Gabby” posted yesterday on Twitter that Ghanaians were unreasonable, saying: “Ghana’s development paradox. You say you want the country fixed. Yet, you are against raising revenue to get it fixed! Motives Mater!”

He was responding to widespread anger in the country following the announcement in the 2022 budget by Finance Minister Ken Ofori-Atta that the government was slapping a 1.7% tax on poor people who often use Mobile Money (MoMo) as their quasi-banking services.

The government went ahead to provide a sinister placation by removing road tolls, only to slap another 15% blanket tax on all government services.

Yet, while in opposition, the main criticism of the then Akufo Addo campaign on the ticket of the New Patriotic party was that the then-Mahama administration was obsessed with taxing Ghanaians into oblivion.

Mr. Otchere-Darko was one of the main mouthpieces of that narrative then. In 2013, he put out a post that is completely contradictory to his latest Twitter post.

In 2013, Gabby posted a direct quotation from Winston Churchill which reads: “For a nation to tax itself into prosperity is like a man standing in a bucket and trying to lift himself up by the handle.”

In the same tone, Gabby made another post in 2014, saying, “This is proof that higher taxes don’t lead to more revenue but only hurt businesses, consumers and kill jobs.”

By that reference, Mr. Otchere-Darko who is considered the “Prime Minister” of Ghana due to his reported stranglehold on President Akufo Addo has admitted that the latest round of slam-dunk taxes in the 2022 budget is set to collapse businesses and hurt jobs and citizens.

Meanwhile, Mr. Otchere-Darko who currently lives a plush life has been fingered in many of the high-profile corruption scandals that have hit the Akufo Addo administration, including the scandalous multi-million Power Distribution Services (PDS) deal and the recent Agyapa Royalty deal that President Akufo Addo himself was fingered in and described as the “Mother Serpent” of corruption by former Special Prosecutor, Martin A.B.K Amidu.