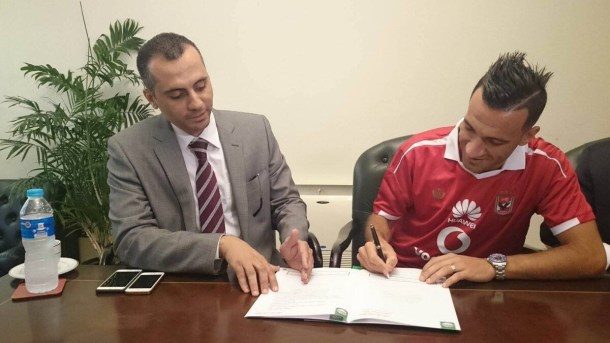 Al Ahly have completed the signing of Tunisian international Ali Maaloul from Ligue 1 side CS Sfaxien, according to the club’s official website.

Ali Maaloul started his career in Sfaxien’s youth setup, before being promoted to the first team at the end of the 2008-2009 season.

The Tunisian international scored 36 goals and provided 43 assists in his eight seasons with his boyhood club.

The 26-year-old defender finished as the 2015/2016 Tunisian Ligue 1 top scorer with 16 goals, the highest-ever amount of goals scored by a defender in one season in the league’s history.

The left-back is expected to be registered by Al Ahly in the the club’s squad for the remainder of their 2016 CAF Champions League campaign.