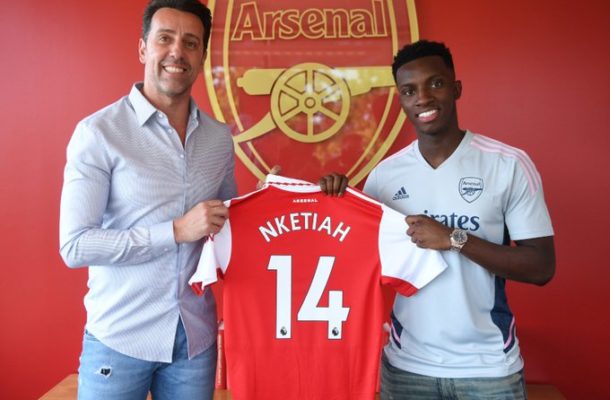 "Eddie Nketiah is extending his stay with us after agreeing a new long-term contract.

Eddie has been with us since he was 14, making 92 first-team appearances and scoring 23 goals since his first-team debut in 2017." the club said on their official website.

"The 22-year-old made the transition from Hale End to London Colney during a highly successful youth career for both club and country, and marked his home debut with two goals against Norwich City in the Carabao Cup in 2017.

Eddie also featured in the teams that won the FA Cup and Community Shield in 2020 and finished the recent 2021/22 season in fine form, starting our last eight league games and scoring five goals."

"Eddie is the England Under-21s all-time top scorer with 16 goals in 17 appearances and captained the side that won the 2021 European Under-21 Championships."