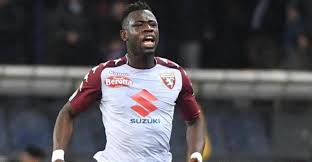 Serie A returnees Empoli have officially announced the signing of Afriyie Acquah from Torino ahead of the upcoming season.

The Ghanaian international was initially reported to join the Florence-based outfit on a season-long loan deal but the Blues have confirmed the transfer on a permanent basis.

The 26 year old endured a difficult season under coach Walter Mazari last term as he failed to churn out regular playing minutes.

He managed 22 appearances in total making just 9 starts last season, the move therefore is sure to guarantee the Ghanaian much needed playing time.

Acquah could mark his debut for his new club in the Serie A opener against Cagliari on Sun day.