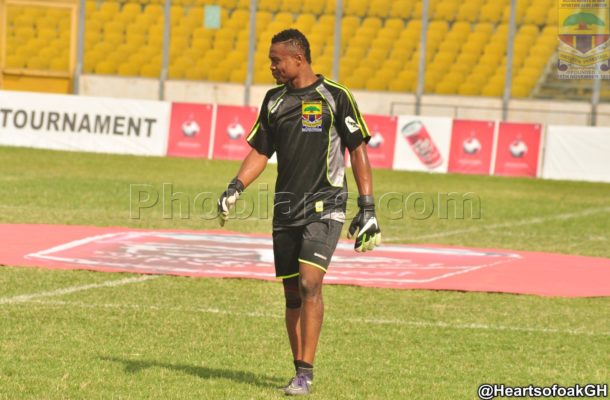 Hearts of Oak have announced the completion of the transfer of released Asante Kotoko goalkeeper Ernest Sowah in the ongoing Ghana Premier League transfer window.

The Phobians were in a race with Aduana Stars and AshantiGold for the services of the once Black Stars shot-stopper.

Sowah put pen to paper this morning at the club’s secretariat after a successful negotiation.

The 30 year old ended a two year stay at the Baba Yara Sports Stadium earlier this month after a mutual termination of his contract.

He joined the Porcupine Warriors in 2016 from Congolese side Don Bosco and played a role in the club's run to clinching the FA Cup trophy last season.