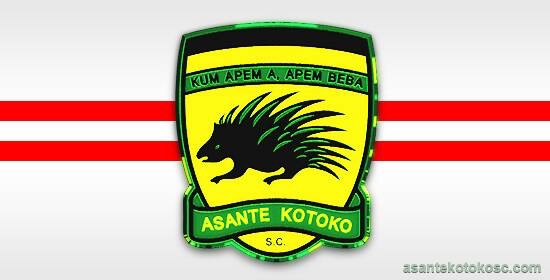 Kotoko have confirmed Coach Paa Kwesi Fabin's first signings in the 2017/18 second transfer window, snapping six youngsters to beef up the squad ahead of the resumption of the Zylofon Cash Premier League on May 23, 2017.

The Porcupines have announced the acquisition of central defender, Emmanuel Agyeman Badu, from Phar Rangers on a 2-year deal and right-back Samuel Frimpong, from Bekwai Youth Football Academy on a 3-year duration.

Left winger, Alhaji Isahaku, has also penned a 4-year deal to switch from from Efutu Great Kindgy Academy, likewise striker Ibrahim Osman, who has also joined the club from Asokwa Deportivo on a 3-year deal.

Commented on the signing, Head of Communications, Obed Acheampong, said it formed part of management’s attempt to improve the performance and the competitiveness of the team.

"We want to blend the team with the youth and the experienced. Football has seen a paradigm shift where youngsters are becoming more effective. As management, we, together with the technical team, believe that this is the way to go if we want to make the team stronger and more competitive in the short, medium and long terms.”