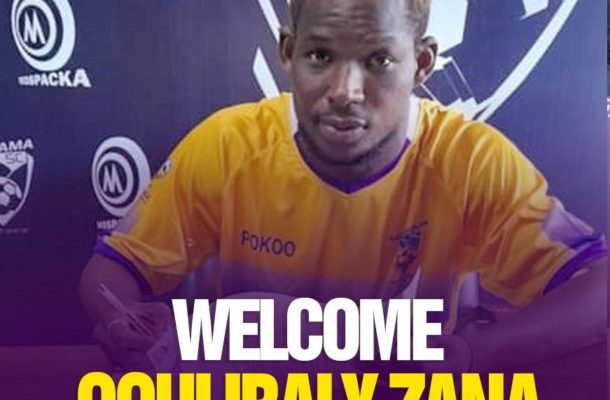 The right full back joins the mauve and yellow after passing his madecial examination and agreeing personal terms and is expected to help his new club fight for the Ghana Premier League title.

An official statement from the club read:

"He joins the Mauve and Yellows from Congolese giants AS Vita".

"He was previously on the roster of Africa Sports, Asec Mimosa and Simba FC."

The experienced full back has was part of the Simba SC squad that won the Tanzania Premier League in 2018/19 season.