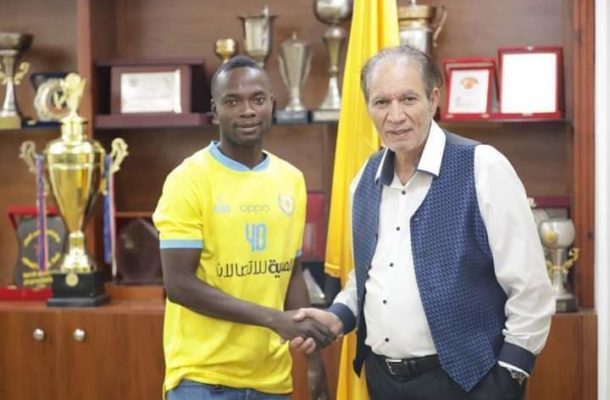 Ghana Premier League top scorer Yaw Annor has signed for Egyptian side Ismaily SC after the club reached an agreement with Ashantigold.

The miners will be getting $200,000 for their prized asset as the player seals a move to the Egyptian Premier League.

Th winger was in fine form  for the  Obuasi based side in the Ghana Premier League beating Kotoko's Frank Mbella to the top scorer award on the last day by scoring 22 goals this season.

He equaled the 21 year goal record that was held by former Hearts of Oak legend Ishmael Addo with his two goals on the last day against Gold Stars.

Annor had been linked with a move to several local sides in the Ghana Premier League but  that no local side was able to match the monies coming from team's abroad.

The former Bechem United winger is already in Egypt as he finalizes hi move to the North African side and have his medical examinations.

He has in the past played for lower tier Spanish sides CF Fuenlabrada and Burgos CF after helping Bechem United win the 2016 MTN FA Cup.

He was recently voted as the Best Homebased Footballer at the Ghana Football Awards.