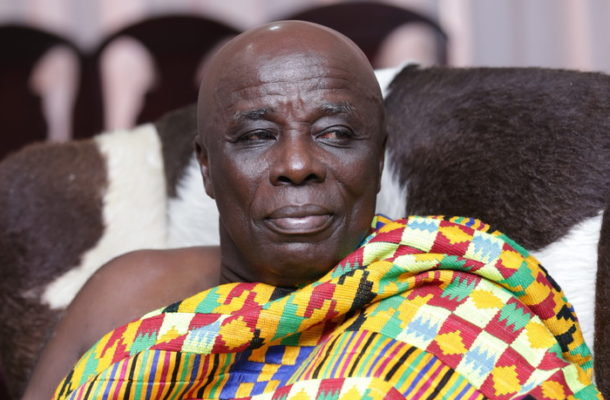 The Okyehene in a video sighted by GhanaWeb is seen handing GH¢20 notes to students who had lined up to receive the money in turns.

The video which has since gone viral on social media is generating various reactions.

However, some people have also pointed out that the act forms part of traditional rites performed ahead of the annual Ohum festival.