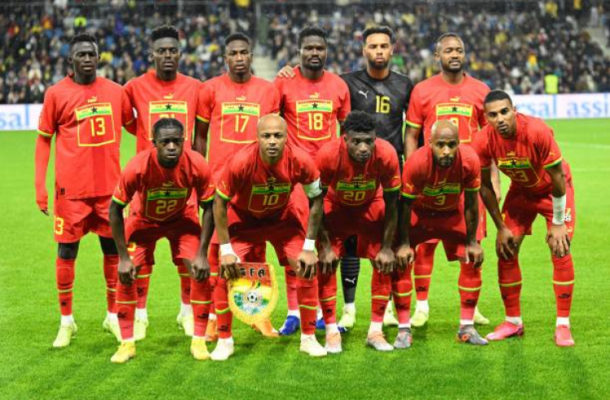 Former Ghana player Dan Owusu disagrees with Andre Ayew's assertion that old players may have a place in Otto Addo's squad for the World Cup in Qatar.

He says that old players who are underperforming should not be invited to play for Ghana as longevity should not be a yardstick for call-ups.

In a recent interview with Al Jazeera, the Al  Sadd forward revealed that no one has a place in Otto Addo's team except old players who may have an advantage.

“The newcomers are talented, but we already have a strong team that qualified for the World Cup, so every position is competitive,” Ayew told Aljazeera.

Andre Ayew's comments did not sit well with most people who are of the view that form and performance should be the standard for call-ups and nothing else.

In an interview with Koforidua-based Bryt FM, Dan Owusu, who won the Ghana Premier League goal king gong for three consecutive times says it is unfortunate for the Al Sadd star to make such comment.

“It’s unfortunate, Ayew shouldn’t have said that because if you are an old player and under-performing there is no way you should be in the team. It all bounds down to performance and not seniority” he said.