One killed in gory accident at Suame Magazine 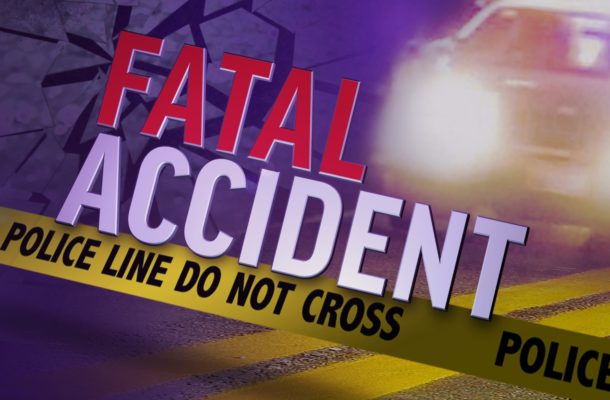 The incident, according to eyewitnesses who spoke to our reporter, Patricia Ama Bonsu, happened around 3.00am, Friday.

They mentioned that the flour truck, upon approaching the junction on top speed, lost control, as he tried swerving the pothole, then slammed into the stationary fuel tanker.

The victim who is believed to be a young Ghanaian auto mechanic lost his life after the back tires of the fuel tanker he was sleeping under fell on him because of the impact.

The residents further told Ultimate News that the pothole which has developed over the time at that particular junction and not received any attention after several complaints is the probable cause of this and many other accidents in the area.

There was no warning triangle to show drivers and other road users of impending danger.

As at time of press, the Suame Police Motor Transport and Traffic Department Night Patrol were on sight waiting for officers of the Ghana National Fire Service to clear the mess for free flow of traffic.