Opinion: Why Hearts of Oak and Their Fans Are Their Own Enemies 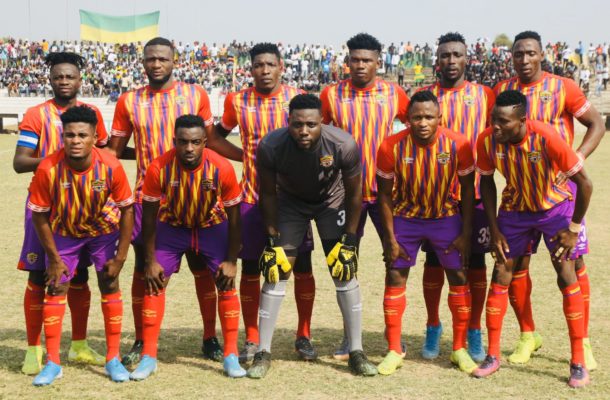 Supporting a football club is shifting from just shouting,throwing tantrums and insulting players and management when things go wrong.

As much as football fans have some unofficial right to be angry because they pay to watch their club play, they must find ways to support the club financially aside from going to the stadium to pay gate fees.

Professional football clubs globally if not all have a data or registered fan base which helps the club generate income by way of monthly or quarterly contributions.

Basically in this part of our world, fans help clubs generate money through purchases of replica jerseys and other souvenirs, tickets(gate proceeds).

Hearts of Oak enjoyed massive attendance at the Accra Stadium in the past but have failed to maximize the fans inflow.

What happened to money they made those days from the gates?

Hearts of Oak have indirectly but seriously lost huge money to “way-side” tailors who sewed unauthorized jerseys and sold them as replicas at the stadia.

Fans buy these jerseys at the detriment of the club’s coffers and no arrests have been made.

Accra Hearts of Oak per the number of matches I have seen, have not had proper ticketing systems over the years and it has resulted in racketeering which has cost the club a great deal.

Fans hoard and sell tickets on the blind side of Hearts of Oak at astronomical prices which has “killed” the club slowly over the years.

Now that corporate bodies are running away from sponsoring clubs, the club and its supporters must find a creative way to generate income.

The traditional means of making money through gate proceeds and purchase of replica jerseys are just not enough to support the club.

This is where I blame the fans the more.

Combing through Facebook and Twitter, Hearts of Oak have over 300,000 followers combined if I am not wrong.

This figure does not include other social media platforms inclined to the Phobians.

Should these fans have an organized front and a proper structure, they could generate huge sums of money that will support the finances of the club.

I guess with 7.5 billion old cedis, the club can at least build a mini-club house to avoid paying unnecessary rent.

Should this contribution happen every month or quarterly don’t tell me Heart of Oak will not be rich?

In addition, I thought Hearts of Oak fans would organize themselves and register as a company in order to buy bigger shares when they were floated in 2011.

However because each fan wanted to be his own boss, they went individually with pittance in hand to acquire shares and in the end they rain insults on highest shareholder, Torgbui Afede VIX for not investing in the club.

However when it comes to contributing for the growth of the club, Hearts fans will begin to pull back but will always be kingpins when it comes to insults and unnecessary pressure on management and the players.

With these numbers, Hearts fans can boldly sideline management and contribute to buy a player the club wants but that does not look like happening.

The case with Hearts is simple, poor management coupled with fans who fear to take action.