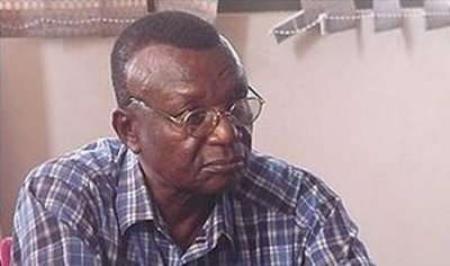 A Ghanaian football legend fell on the 4th day of October 2016. He bid mother earth goodbye after nearly eight decades, but to a very large extent, ticked all the boxes in a field the gods sent him to perform.

Osam Duodu was born on June 4th 1938, won the African Cup of Nations as a coach in 1978 and died at age 78. He rose through the ranks to become a prominent member of Ghana’s football fraternity, Africa and subsequently the world.

He touched the world in these 8 significant ways.

After winning the African Cup of Nations back to back in 1963 and 1965 under the Great C.K Gyamfi, Ghana lost in the finals of the 1968 and 1970 nations cup under foreign coaches Carlos Alberto Perreira and Karl Heinz Marotzk. The national team suffered dwindling fortunes till 1978 when Fred Osam Duodo led the Black Stars to end their trophy drought on home soil defeating the Cranes of Uganda in the final.

It was the 3rd AFCON trophy for the country which meant Ghana got to keep for good. It is important to note, that feat spearheaded by Osam Duodu, earned Ghana the nickname “The Brazilians of Africa”, because of the flamboyance the Black Stars exhibited on the field of play.

Osam Duodu failed to defend the title in the 1980 edition of the Africa Cup of Nations with the team exiting the tournament at the group stage. However he qualified the team to the Libya tournament in 1982 but it was C.K Gyamfi who led the team to win the tournament, his personal third and the nation’s 4th.

Fred Osam Duodu didn’t win chalk successes at the senior level. He attained greatness at the junior level too. He led Ghana’s Under – 20 team to the CAF Championship for the first time in 1993, defeating Cameroon 2-0 in the final in Mauritius and qualifying the team to its first ever FIFA U-20 World Championship. The country had to wait till 2009 to win the title again.

Osam Duodu and his charges did the nation proud by winning silver in Australia 1993. That glorious Black Satellite squad included fantastic talents like Sammy Kuffour, Augustine Arhinful, C.K Akornor, Odartey Lamptey among others.

They lost to Brazil in the grand finale and that feat was matched by coach Afranie in 2001 and surpassed by Sellas Tetteh in 2009 with a gold medal.

*WINNING THE CAF U-17 CHAMPIONSHIP – WITH THE GAMBIA

Osam Duodu’s greatness was beyond the borders of Ghana. He led football minnows like The Gambia to win the African U-17 Cup by beating his motherland Ghana in the final. That trophy was the only trophy won by Gambia at any level of football.

At the FIFA World Youth Championship in Peru his Gambian team defeated a whole Brazil leading to a declaration of a national holiday in The Gambia. Unfortunately they bowed out of the group even with 6 points from a possible 9.

Uncle Fred was highly rated by the Continental and World Football governing body.

He served as a FIFA coach’s instructor for many years conducting coaching clinics in many countries in Africa.

The pinnacle was when he was honoured to lead an All stars African U-17 team to face their Europe in the Meridian Cup counterparts in 2007. This was a remarkable height though the team lost.

*THE FOUNDATION OF THE MODERN BLACKSTARS*

After the successes of the Black Stars in the 1960s and 1980s the team wallowed in mediocrity for large part of the 1990s.

The once best national team in Africa was not attractive again with player apathy. The foreign based stars became too big for the team. Once upon a time during the 2002 World Cup qualifiers the then coach Jones Atuquayefio had to rely entirely on local players.

When Osam Duodo was appointed to be the head coach for the AFCON 2002, Mali he picked a surprise squad leaving out household names for an inexperienced team made up of players from the Argentina 2001 Silver winning U-20 team.

The squad included John Mensah,John Paintsil,Emmanuel Papoe, Michael Essein, Isaac Boakye, Mathew Amoah etc and they will go on to become the bedrock of the successful Black stars Squad that qualified Ghana to its maiden World Cup in 2006 and the 2010 World Cup. He received criticisms but it changed the fortunes of the Black stars for good.

*The ONLY COACH TO WIN All THREE CAF NATIONAL TEAMS COMPETITION*

The football community always overlooks the unique achievement of Fred Osam Duodu who won all the three national teams tournaments under the auspices of CAF during his coaching career.

During his career there was nothing like the recent U-23 Championship used to grab a qualification ticket to the Olympics.