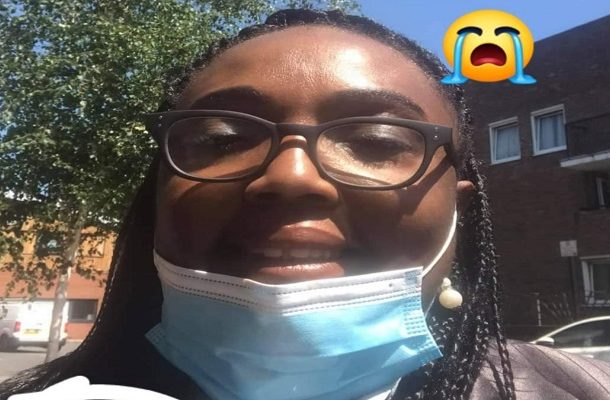 Ms Djaba, who ordinarily resided in London in the United Kingdom just returned to Ghana prior to the yuletides.

More details surrounding the circumstances of her death have not been clarified while the family have requested privacy in mourning.

Ms Ami Dede Djaba was born on 21 January 1961 at Koforidua In the Eastern Region as the firstborn of 22 children.

Her father was the popular Henry Djaba. Dede’s mother, Gladys Opoku hails from Koforidua. Her grandmother, Hannah Akore is from Akropong Akwapim, and her late grandfather from Krobo in Asante-Mampong.

Dede attended Morning Star school as a pioneer student and an all-rounder who excelled in academia in addition to athletics, drama and gymnastics.

She passed the common entrance at 9 years old with an extremely high score, coming third in the whole of Ghana and fifth in West-Africa, gaining her admission to Wey Gey Hey, in Cape-Coast at 10 years old with an added bonus of a Cocoa Marketing Board scholarship on merit.

She attained a BA Hons, LL.B, LL.M (School of Oriental & African Studies) and the Solicitors’ Final Exams at the College of Law, London. She trained as a Solicitor with a prestigious firm, namely, Foot & Bowden, now Foot Antsey in Plymouth. She commenced an M.Phil/Ph.D. Her Thesis titled: “Domestic abuse in the Ghanaian family: the case for Ghanaians in London”.

She was very active in the politics of the New Patriotic Party, NPP.

Dede worked closely with her father as his private secretary. Some of the projects she worked on included the Neoplan Ghana bus assembly plant in Achimota and Kumasi. The first double-decker bus in ghana was named “Auntie Deede” after her.

Dede worked tirelessly on the bid for the Satellite station project at Kuntunase, was on the payroll of the family business, Ghana Agricultural Machinery Company for several years, working alongside Henry Djaba, Kofi Djaba and Francis Yaw Addo.

Dede has been supporting victims of violent crime in the UK for several years. From the stabbing to death of Nass Osawe (16), Stephen Moody Boateng (18) Sylvester Senyah (33) and many more, no case is too onerous.

Dede has assisted in several high profile cases including the Michael Watson case, Dasebre Gyamena’s trials during which Dede personally sponsored Tic Tac as a crucial witness to testify as a character witness. He was found “not guilty” and awarded compensation.