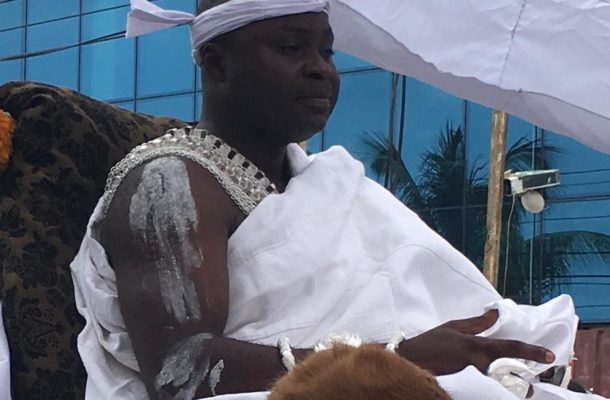 Personnel of the Ghana Police Service in Kumasi have mounted a search for the killers of the Asamponhene of Kumasi, Oheneba Kwadwo Afoduo.

The Asamponhene who is also the owner of popular pub X5 in Dichemso a suburb of Kumasi was murder in cold blood by armed assailants on the Kumasi Nkoranza road when travelling in his car.

It is believed some people saw his car on fire and then alerted members of the fire service It was upon when the fire service came that they realized he had been stabbed in the stomach, in the neck and set ablaze his Land Rover vehicle. 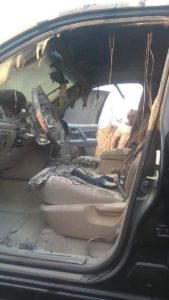 It still remains unclear whether he drove himself to the set location or was dragged there by his assailants and murdered.

Three persons were last night arrested by the Police service and are currently assisting in investigations.

The body of the deceased has been deposited at the Komfo Anokye Teaching Hospital morgue awaiting autopsy.

His death has sent shock waves and panic through the city as he is a popular and likeable in and around the City but the Police has called for calm as they mount a search for the perpetrators of the crime.

In a statement, the Police has called for any information from members of the general public to help them in their investigations.

He was a direct relative of the Asantehene, Otumfuo Osei Tutu II.