Our husbands can't 'chop' us well' because of poor road - Women 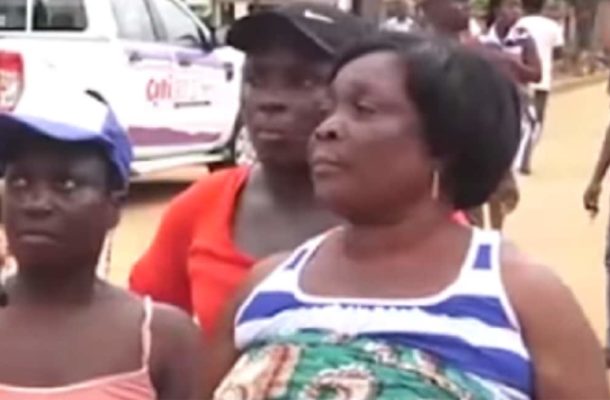 Some women in the Pokuase Mayera community have protested the state of their roads and its effect on the sexual prowess of their husbands.

According to the women, their husbands have become incapable of performing sexually because of the impact of the bumpy road on their waists.

Residents, including drivers in the area have been protesting the deplorable state of their road and have called on the government to urgently respond to their concern.

On the back of this, the women bemoaned the effects of the terrible roads on the sexual performance on their men.

‘‘We want the government to fix the roads for us because whenever we go to the market to sell, taxi drivers reuse to pick us due to the deplorable nature of the road. When it rains, there is no movement at all on this road,’’ one of the women said.

They refuted reports that the road was tarred in 2015.

‘‘No bitumen has been applied on this road. They only dump gravel on it and leave. When it rains, it is very bad here,’’ they confirmed in an interview.

Another woman added: ''The road is not good at all. Men are unable to sexually satisfy their wives due to the deplorable state of the roads. When you’re in bed with your husband, he cannot perform.’’

The women gave government a two-week ultimatum to begin works on the road or have them hit the roads to protest government’s defiance.

Meanwhile, amid hilarious comments following a question about the best way to ask for a lady's contact without being turned down, Divine Newton-Danquah, a Ghanaian man has recounted his experience with a beautiful lady.

In response to a question posed in a popular Ghanaian Facebook group, Tell it All, Divine Newton-Danquah, revealed an interesting encounter with a lady after he was compelled to pay GHc 100 to her before she gave her phone number to him.