"Ousmane Dembélé is like a little child"- KP Boateng 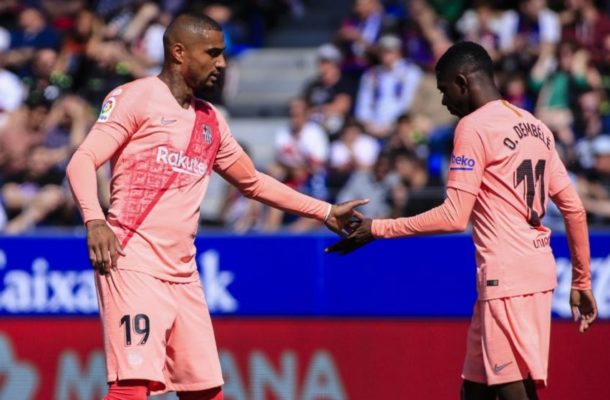 In an interview with 'Sport Bild', Kevin-Prince Boateng spoke about his former teammate Ousmane Dembele's situation at FC Barcelona.

The Ghanaian shared the dressing room with Dembele during his six-month loan stint at Barcelona.

“Dembele is like a child for me. You need accept him for what he is. Yeah, he might arrive late for training now and again. There are players who do it on purpose but he's different. He's always like a little child."

"The problem, and this isn't just about Dembele, is that young professionals earn far too much money. An 18-year-old shouldn't be earning four million euros per season. And if they do earn that, the money should be immediately reinvested so they see as little of it as possible," proposed the midfielder-cum-striker.

"For me, he's still a boy swimming in a giant pool. He suddenly cost €150m and still doesn't know how everything works."