Parents Of KUMACA Students Being Vaccinated 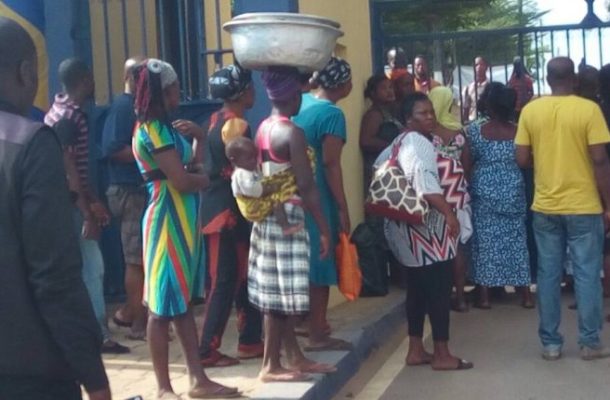 Parents who withdrew their wards from the Kumasi Academy following the outbreak of the deadly atypical bacterial infection disease are being vaccinated.

It is feared that the parents are at risk of contracting the disease after coming into contact with their wards.

Monitoring the development for Starr News, Ultimate FM’s Isaac Justice Bediako reported that the withdrawn students have been brought back by their parents and they are also being vaccinated.

Their return comes in the wake of plea by the Ashanti Regional Minister Simon Osei Mensah to parents who have withdrawn their wards from the school to return them for vaccination against the deadly bacterial infection.

Currently forty-one students of the school are on admission following the outbreak.

There has been panic withdrawal of students by parents since the outbreak of the deadly atypical bacterial infection disease.


So far four students in contrast to the figure six that was initially reported have died from the infection.

Speaking to Starr News, the Regional Minister bemoaned the parents are not allowing their wards to take their dose of the vaccine and that puts their communities and the entire nation at a risk of contracting the disease .

He continued that there is the possibility that the school will shut down and that he has been having a discussion with the education Minster in that regard.

Meanwhile the Ghana Health Service is calling for calm despite declaring the outbreak of the epidemic.