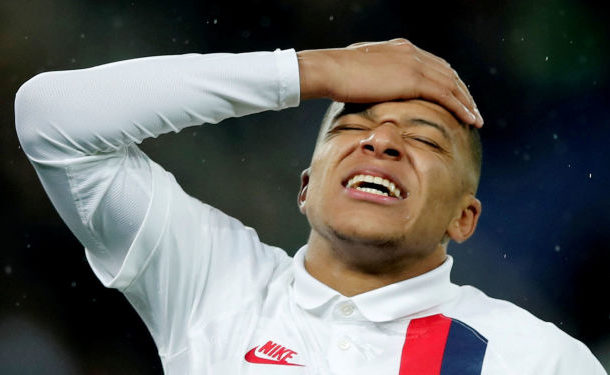 The football forward, who give France its 1-0 win away at Sweden on Saturday, will not take part in the France national team’s UEFA Nations League matchup against Croatia scheduled to take place in Paris on Tuesday.

French football star of Paris Saint-Germain FC, Kylian Mbappe, has been quarantined after testing positive for the coronavirus (COVID-19) disease, the French Football Federation (FFF) said in a press release on Monday.
Mbappe’s infection was identified after he underwent a COVID-19 test carried out by UEFA Nations League on Monday ahead of Tuesday’s game between France and Croatia, as part of the football competition.
The FFF said that the forward player would not participate in the Tuesday France-Croatia match at the Stade de France.

“Kylian Mbappe will not participate in France-Croatia, Tuesday evening at 8:45 p.m. at the Stade de France,” the FFF release said. “The result of his COVID-19 test, carried out by UEFA on Monday morning, was found to be positive, he was placed away from the group after receiving the results, at the end of training, before regaining his home in the evening”.

On Saturday, Mbappe took part in France's match against Sweden, scoring the only goal in a 1-0 win.
According to the FFF statement, the 21-year-old professional footballer, as well as the entire French delegation, underwent a coronavirus test on Wednesday prior to the Sweden-France game, at the request of the UEFA. The results were negative.
On 2 September, Paris Saint-Germain confirmed three of its players had contracted COVID-19. L'Equipe reported that Brazilian football superstar forward Neymar was one of the three PSG players infected with the virus and that he and the others are currently self-isolating.