Does Partey still have a future at Atletico Madrid? 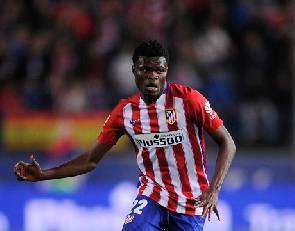 It’s consistently fascinating how, in football as in life, one event can have far-reaching unforeseen consequences on many things far beyond the scope of the original incident.

No one could have imagined, for example, when Atletico Madrid signed international U-16 players, subsequently breaching Fifa rules regarding such transfers, the knock-on effect that that could have had on the career of Ghana midfielder Thomas Partey.

Yet the transfer ban meted out to Atleti by Fifa—which prevents the capital club from registering new players until January 2018—threatens to have significant consequences for Partey, who will likely be watching from the stands again on Wednesday as his side face Barcelona in an early battle between the Liga BBVA title rivals despite being included in Diego Simeone's 20-man squad.