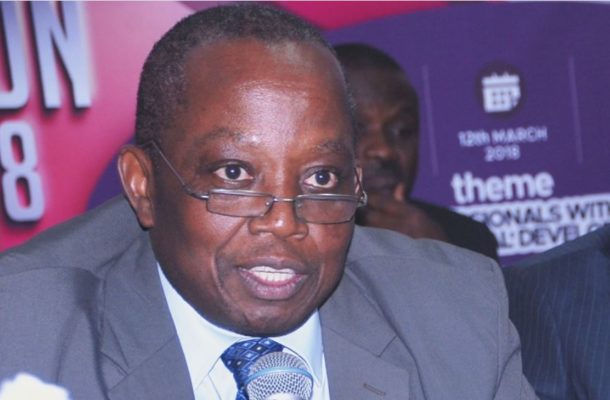 The clean-up exercise of the country’s public payroll being conducted by the Auditor General’s Department has revealed widespread use of fake certificates by public workers.

Deputy Auditor General, George Winful, described the situation as worrying after he discovered that many more civil servants have been receiving salaries based on fake promotions.

Addressing a news conference in Cape Coast, Friday, he urged heads of institutions to be meticulous in how they recruit people into the public service.

“If the signals we are beginning to see are anything to go by, then we will encourage heads of institutions in their review of employees. We have had an instance where some employees have used other people’s certificates for employment.

“We can imagine if such a person is in the classroom teaching, it could be the reason why we are registering poor results in the secondary schools,” he said.

The Auditor General’s Department and the Office of the Special Prosecutor earlier this month began the payroll audit exercise in the Central Region.

Workers were expected to present their employment documents as part of efforts to rid the government payroll of ghost names.

All civil servants in the country’s 10 regions will have a 10-day window to produce evidence of their employment and those who cannot do so will face prosecution.

The Auditor General, Daniel Domelevo has said it is unacceptable to spend half of the country’s revenue on less than one million government employees.

According to him, many organisations have shielded people who perpetrate wrong including maintaining the contract of people who have retired.

He was emphatic the situation partly accounts for the unemployment situation in the country.

Related: Domelevo starts payroll audit as over 600,000 workers consume half of gov't revenue

Regarding what action the Department will take with those found culpable, Mr Winful said his outfit is investigating the authenticity of the documents.

He told Joy News’ Richard Kwadwo Nyarko some people have also given them a lead into instances of fake certificates in some institutions which will all be investigated.

The Department said when it is done with the overall exercise, it will see the appropriate steps to take to get such people punished.

The next stop is the Western region where the team will also take 10 days to embark on scrutinising documents and auditing payrolls.