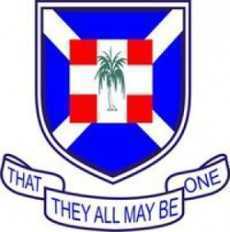 The Presbyterian Church of Ghana (PCG) has reaffirmed its preparedness to partner government in promoting social services in education, health and agriculture to boost economic growth.

The Right Reverend Professor Joseph Obiri Yeboah Mante, the Moderator of the PCG, said he was looking forward to the day when the Church-State partnership would provide enough food to reduce the cost of living of the people.

Rt. Rev. Mante said this at the opening of the PCG Department of Development and Social Services (DSS) and Government of Ghana 2020 Consultation Forum in Accra to discuss the development agenda of the Church.

The forum was also to confirm the Church’s commitment to the long term partnership between it and the Government to promote social services to Ghanaians.

It was on the theme: “Let Christ Be Formed in You: Impacting and Transforming Our World through the Social Services”.

The DSS is an NGO umbrella of the Church, which offers social services to the country through health, agriculture, relief and development services.

Rt. Rev. Mante said the mutual benefits of partnerships in the provision of healthcare and other social services to the communities could not be overemphasised and “we are grateful to the Government for these benefits that the partnership brings”.

He said challenges like the intake of personnel and the payment of National Health Insurance premiums was hindering progress in Christian health institutions.

Mr Kwaku Agyemang-Manu, the Minister of Health, said the Government had introduced lots of interventions, especially in agriculture, to grow the sector and urged all faith-based organisations to join government to discuss how to improve on the existing partnerships to benefit all.

He said government was aware that the Free SHS would churn out many students to the universities, hence the expansion works to take on the Free SHS students.

Mr Agyemang-Manu announced that his Ministry was working to bring all health service providers (public and private) together to boost development in the sector.

Touching on mechanising staff in the health sector, he said there were about 78,000 non-mechanised staff and the Ministry was working around the clock to formalize their employment status.

“We are also working to clear three months of the National Health Insurance premium by March and the remaining will be cleared by September this year,” he added.

On expansion of hospitals, Mr Agyemang-Manu said they were waiting for the approval to expand the Dormaa Hospital to a state-of-the-art facility as being done at the Tema General Hospital and commended the PCG for its support to develop the country.

Mr Kennedy Osei Nyarko, a Deputy Minister of Food and Agriculture, said government was strategically developing and modernising the agriculture sector to achieve its flagship intervention “Planting for Food and Jobs”.

He said it was creating significant opportunities and interventions to leverage all efforts in agriculture and invited the Church to partner government to improve it.

Mr Nyarko said for every country to deal with hunger and food security there was the need to provide storage facilities as well as increase irrigation sites for farmers to lean on.

Reverend Daniel Edmund Kofi Asante, the National Director, DSS, expressed the hope that a very strong partnership would be established, after the consultation, to render greater services to farmers.

The Church also pioneered health service delivery, notably among them being the Agogo, Dormaa and Bawku Presbyterian hospitals.