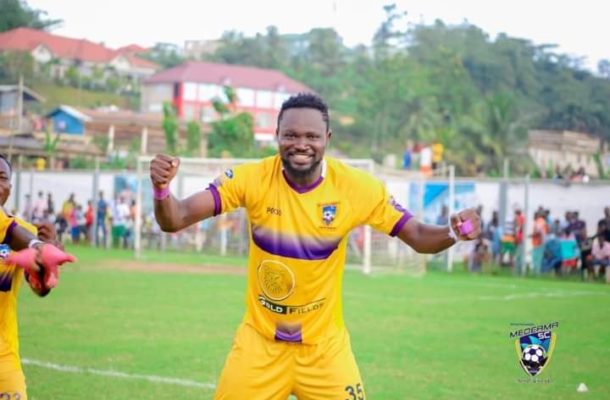 Ghana has suffered the ignominy of penalty kick heart breaks on countless occasions.

The Black Stars has lost the African Cup of Nations twice to neighbours Ivory Coast all on penalties in 1992 and 2015.

But Medeama center back Vincent Atinga who has carved a niche for himself as a penalty kick specialist says that the art of penalty taking can be learned.

The defender scored six goals this season in the Ghana Premier League from 28 games with most of them coming from the penalty spot.

Atinga has however credited coaches Maxwell Konadu and Prof Mintah for his penalty kick prowess.

He made this known in an interview with Abusua FM' s Nana Kwame Kissi.

"I will credit my penalty taking abilities to Prof. Mintah and Maxwell Konadu."

"They thought me a lot about how to take penalties. Penalties can be learned and if you learn, you will know how to take it."