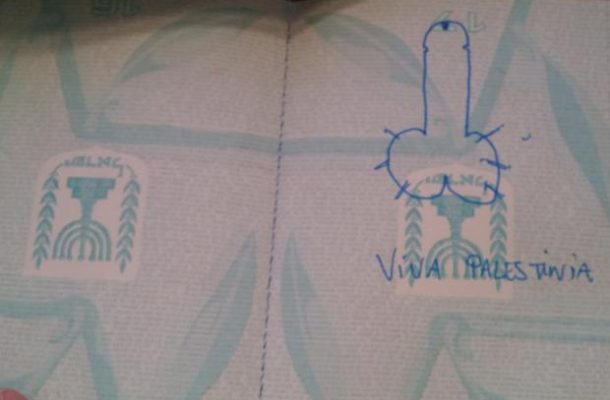 A border official has drew a penis on an Israeli man's passport and wrote 'Long live Palestine' on it ghanaguardian.com can exlusively reveal.

The words 'Viva Palestinia' which means 'Long live Palestine' were written on the passport along side the drew penis.

From Rosh HaAyin, Israel, the 25-year old claims to have received the unusual stamping from a Chilean border official after crossing the border from Argentina while travelling.

Mr. Y'aakobi said he had to spend money buying a new passport after the incident.

Speaking to The Independent, Mr Y’aakobi said “From the first moment, the guy at the border was hostile, and threw my passport in front of my face. They then detained us for an hour and a half on purpose until we moved.”

“There was no reason to do this, only because I am Jewish.”