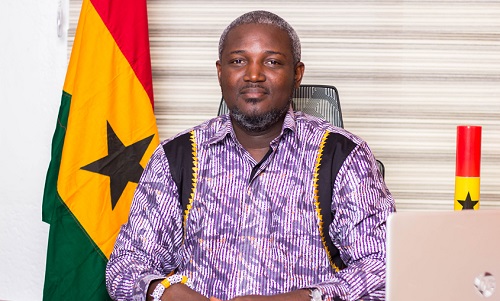 Deputy Minister of Youth and Sports, Perry Okudzeto has stated that Government’s decision to withdraw a petition the state filed earlier to liquidate the Ghana Football Association (GFA) and all its assets was based on FIFA dissolution of the executive committee of the association.

The Government of Ghana (GoG) was keen to dissolve the GFA following the massive corruption scandal and other illegalities that have engulfed the association.

However, GoG and FIFA after meeting agreed to establish a Normalization committee to replace the Ghana Football Executive Committee.

FIFA also said they will consult the government and CAF to appoint persons with integrity and competence to steer the affairs of Ghana football among others.

Mr. Okudzeto further stated that they are working earnestly to ensure workers of the association return to work in the coming days.

“Since FIFA dissolved the Exco members of the GFA, there was no need to continue with the liquidation process of the GFA,” Mr. Okudzeto told  Happy FM‘s Anopa Bosuo Sports.

“FIFA through their own channels will contact the GFA as to whether the GFA workers can go back to work or not. Government is on standby to collaborate with FIFA.”

“Behind the scenes there has been progress and dialogue made that’s why government has taken this step to discontinue with the liquidation process.”

On Tuesday, an Accra High Court ordered the Registrar General’s Department to return all assets in its possession belonging to the Ghana Football Association.

This follows Deputy Attorney General, Godfred Dame’s application on Tuesday, to withdraw a petition the state filed earlier to liquidate the country’s football governing body and all its assets.

The court has also revoked its earlier order appointing the Registrar General, Jemimah Oware, as the Official Liquidator of GFA.