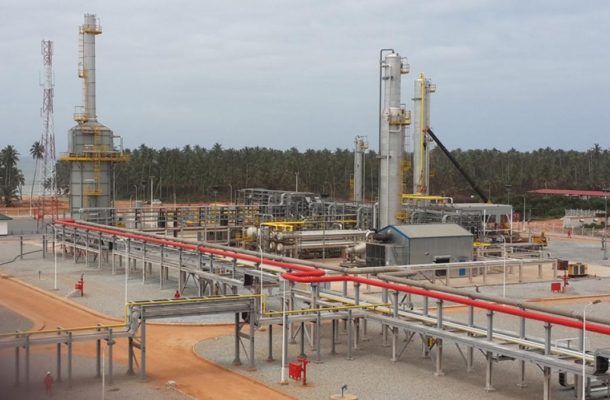 The General Transport, Petroleum and Chemical Workers’ Union, (GTPCWU), is petitioning the Ghana National Gas Company Limited over the dismissal and suspension of some workers at the Atuabo Gas Processing plant.

A total of forty-five workers have been affected in various disciplinary measures taken by the management of the Ghana Gas Company Limited for demonstrating against poor working conditions at the facility.

The appointments of thirteen (13) workers at the Atuabo Gas processing plant have been terminated while thirty two (32) others have been served with various terms of suspension for engaging in the act.

But a petition signed by the General Secretary of the Petroleum and Chemical Workers’ Union, stated, “the National Union wishes to petition your high office against the untimely termination of appointment and suspension of our members of Ghana Gas who were involved in the recent demonstration at the Atuabo Gas plant.”

According to the union, ‘the actions were taken without information to the National Union as social partners in industrial relations.’ The General Secretary of the General Petroleum Workers’ Union, Fuseini Iddrisu explained to Citi Business News the decision was against the consensus reached at a meeting with the Employment and Labour Relations Ministry on September 14, 2016.

“The management was warned never to dismiss anybody but to our surprise, it went ahead with the dismissals and suspensions. We think that management has done this without the consent of the other parties like the workers’ union and government represented by the Employment and Labour Relations Minister,” Fuseini Iddrisu asserted.

The workers, last month protested against what they referred to as poor working conditions. They intimate their lives will continue to be at risk, if the issue remains unresolved. At the time, the Head of Corporate Communication at Ghana Gas Company Limited, Alfred Ogbarmey explained that the actions were flawed since the concerns had already been addressed.

The protests had culminated in a lot of management meetings between the Ministry of Employment and Ghana Gas Company over the fate of the workers. Meanwhile Fuseini Iddrisu explains to Citi Business News the national union of petroleum workers will embark on protests if the management fails to intervene by Wednesday, September 28, 2016.

“Honestly we are thinking that once we have petitioned the Board Chairman of Ghana Gas, we expect that by Wednesday, he would have intervened. But if nothing is done by that time, we will meet to determine the next line of action,” he stressed.