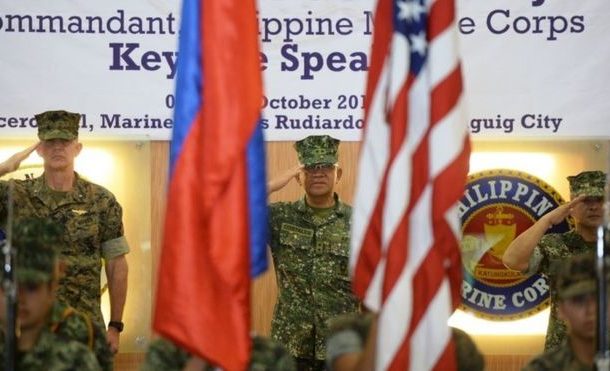 US President Barack Obama can "go to hell" over his criticism of the Philippines brutal war against drugs, President Rodrigo Duterte says.
The European Union - another critic - "better choose purgatory, hell is filled up", Mr Duterte said.

In a speech to local officials and business executives Mr Duterte said he was disappointed with the US for criticising the Philippines' tactics to combat the drug trade. He also described Washington as an unreliable ally.

Later on Tuesday he warned: "Eventually I might, in my time, I will break up with America. I would rather go to Russia and to China.''

Mr Duterte also revealed that the US had refused to sell weapons to Manila, but added that he would be able to buy them elsewhere.

"If you don't want to sell arms, I'll go to Russia. I sent the generals to Russia and Russia said, 'Do not worry, we have everything you need, we'll give it to you'.

"And as for China, they said, 'Just come over and sign and everything will be delivered'," President Duterte said.

In response to his comments, White House spokesman Josh Earnest said: "This is an alliance that is robust and that benefits both of our countries. The diplomatic lines of communication between the United States and the Philippines remain open.

"Even as we protect this strong alliance, the administration and the United States of America will not hesitate to raise our concerns about extra-judicial killings.

"We have not yet received any sort of formal communication using those channels from the Filipino government about making substantial changes to our bilateral relationship."

The Philippines, once a colony of the US, has a longstanding defence relationship with Washington.

But Mr Duterte said last week these would be the last joint military exercises while he is in office, although later his defence secretary said there was no official order yet to that effect.

He also said he would review a defence pact signed two years ago with the US that would see more US troops sent to the Philippines.

The pact is seen as vital for the US to counter China's activities in the South China Sea.

They are aimed at improving readiness to respond to crises and deepening historic ties, the US military said.

Relations were strained last month when the US cancelled a bilateral meeting after Mr Duterte used insulting language to refer to the US president.