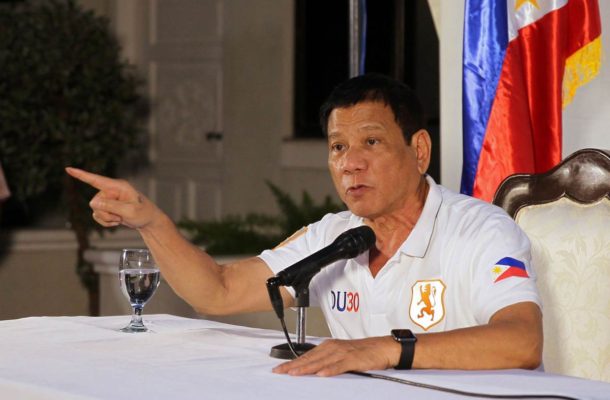 The Philippines' controversial president lashed out at both the United States and United Nations on Sunday, threatening to leave the international body amid mounting criticism for an anti-drug campaign that has left hundreds of people in his Southeast Asian country dead.

In a press conference that began after midnight Saturday and lasted until the early morning hours Sunday, President Rodrigo Duterte lambasted the U.S. and U.N. for failing to stem the violence in Syria, where earlier this week a picture of a 5-year-old boy pulled from the rubble in Aleppo went viral.

"Look at the iconic boy that was taken out from the rubble and he was made to sit in the ambulance and we saw it," Duterte said, according to The Associated Press, referring to the photo of Omran Daqneesh. "Why is it that United States is not doing anything? I do not read you."

Duterte also told reporters he was thinking of breaking off from the U.N., whose human rights experts recently criticized a Philippine drug policy that has led to the arrests of more than 4,400 people since June 30, when Duterte took office, as well as the extrajudicial killings of more than 500 suspected dealers.

"Maybe we'll just have to decide to separate from the United Nations. If you're that rude, son of a b-tch, we'll just leave you," Duterte said.

Pointing to the recent killings of black men by police officers in the U.S., Duterte suggested his wasn't the only country with human rights violations on its hands.

"Why are you Americans killing the black people there, shooting them down when they are already on the ground?" he said. "Answer that question, because even if it's just one or two or three, it is still human rights violations."

Asked about the possible repercussions of his remarks, Duterte replied: "I don't give a sh*t about them. They are the ones interfering."