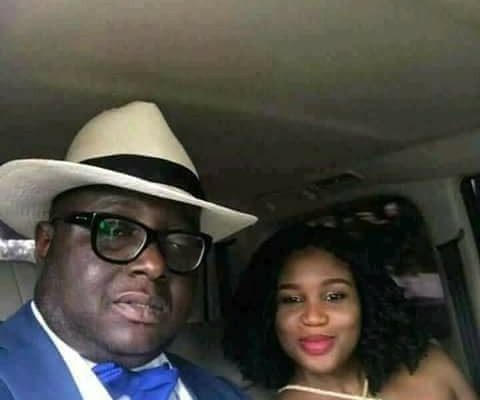 A picture of Ghana's high commissioner to India, Mike Ocquay Jnr, with a lady which has surfaced on the internet has caused massive controversy on social media attracting debate from Ghanaians.

The picture which has been making rounds on social media is creating public outrage over the exposure of the  vital body parts of the lady.

The lady who is pictured with the diplomat in a car was seen wearing a cleavage revealing dress.

The son of the Speaker of parliament, is alleged to have taken the picture with the lady in his base in India which seemed to have started the debate.

Social media users have descended heavily on the diplomat stating that the dress choice of the lady does not depict the typical traditional Ghanaian morals which he is expected to promote as an Ambassador to the country.

See the photo below;