Pierre Pierrot Kwizera arrives in Kumasi to sign for Kotoko 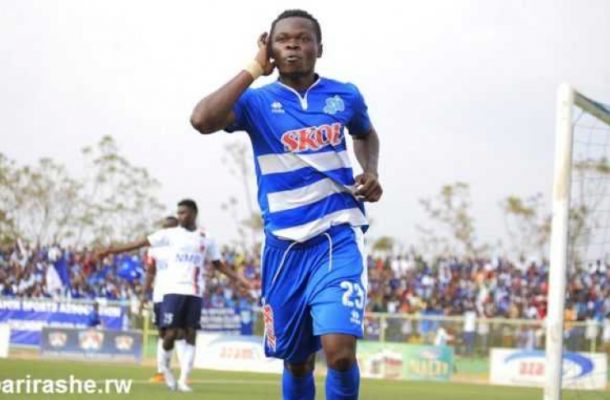 Kumasi Asante Kotoko are yet again adding onto what they already have despite their bulging squad.

Burundi international Pierre Pierrot Kwizera is set to be the new foreign import set to join the porcupine warriors despite the Abege experiment proving to be unsuccessful.

But for every Abege there is a Yacouba and fans of the club will hope the Burundi International will prove to be like the latter.

The 28 year old midfielder reportedly touched down in Kumasi on Friday with the club keen to register him before the transfer window slams shut.

He is reportedly a creative midfielder who is  adept at chipping in goals and is also a set piece expert.

Kwizera has in the past played for  AFAD Djékanou, Rayon Sports, and Oman club Al-Oruba Sur.