Pizzi: My philosophy is based on possession and attack 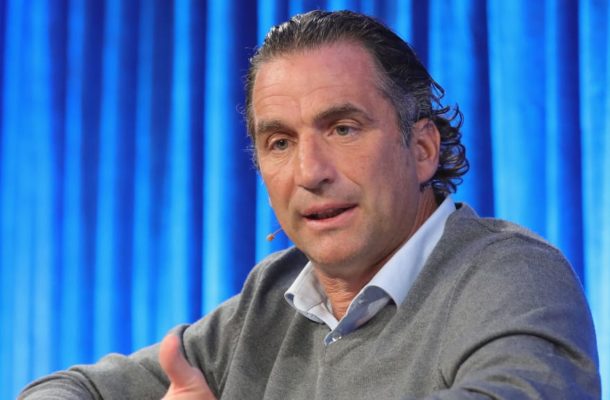 A gifted forward during his playing days, Juan Antonio Pizzi led the line for a number of high-profile clubs in South America, Mexico and Spain. His predatory talents helped him clinch various domestic and continental trophies, as well as a Pichichi award as La Liga top scorer, and he also represented Spain at a FIFA World Cup™ and UEFA European Championship. Pizzi eventually hung up his boots in 2002 and disappeared from the game for several years, even playing polo in Barcelona, but he was merely awaiting the right opportunity to return to the sport closest to his heart.

Pizzi ultimately opted to embark on a coaching career, but his new journey could easily have ended before it began. Sacked after just three games in charge of Argentinian side Colon, the calm and charismatic manager did not lose faith in his potential and made a new start in 2006. Since then, he has enjoyed spells at several of the clubs he once represented as a player, accumulating experience year after year – but it was in Chile that he truly forged his reputation, winning his first title with Universidad Catolica.

Pizzi returned to Chile five and a half years later as coach of the national team, masterminding their victory at the Copa America Centenario in 2016 and steering his side to the final of the 2017 FIFA Confederations Cup. When Chile then missed out on a place at the 2018 FIFA World Cup Russia™, falling agonisingly short after looking poised to progress, Pizzi must have felt the tournament had passed him by.

However, a few months after leaving his Chile post, opportunity knocked. Appointed coach of Saudi Arabia, Pizzi oversaw their journey at Russia 2018 and earning some new admirers along the way. Now, the Argentinian-born tactician is preparing his team for the 2019 AFC Asian Cup in the United Arab Emirates, where he hopes to repeat his success with Chile and return Saudi Arabia to the continental summit after years of frustration.

Before putting the final touches on his plans for the tournament, Pizzi spoke to FIFA.com and discussed various topics, including his adventure with Saudi Arabia, his coaching philosophy, his role models and his spell in Chile.

FIFA.com: 28 November was the first anniversary of your appointment as Saudi Arabia coach. How would you judge the experience so far?Juan Antonio Pizzi: I had some doubts that I'd be able to do a good job. Russia 2018 was fast approaching and it usually takes time to get to know the players and pass on technical ideas. But, when I arrived in Saudi Arabia and started my work, I found a favourable environment. I got good support from the Saudi Arabian Football Federation and other sporting officials. The players also responded in a very promising way. I believe we performed well at the World Cup. Now, a year later, I can say that we have the desire and ambition to develop, as well as the fighting spirit to compete at the highest level.

How did you prepare for Saudi Arabia's campaign at Russia 2018?
On the road to the finals, things looked promising. We planned the preparation period, and it went perfectly. We set up a number of training camps and played friendlies that enabled me to get to know the players and implement technical ideas. Yes, the time was short, and things could have been different if I'd started the job a year earlier, but I believe we prepared and performed well at the tournament.

How was the atmosphere before the opening game, and what did you do after suffering a heavy loss to Russia?
We were very enthusiastic about playing the opening match, although we knew that our opponents were not easy to beat. But neither we nor the pessimists could have anticipated what happened. The 5-0 defeat was a real blow. It could have sparked off a negative spiral, but we contained the crisis. We encouraged the players, managed the situation from a psychological point of view and turned the negativity into positive energy that manifested itself in our second game.


Saudi Arabia almost looked to be a new team when they faced Uruguay, rather than a side that had just been handed a big defeat.
True. That's what we were counting on when we prepared for that game. Uruguay have some first-class players. Our mission was not only to stifle those players and focus on defending, but also to play a game worthy of Saudi Arabia's reputation and prove that the opening loss was just a minor stumble. The players went out on the pitch with the intention to compete, and they worked hard. We succeeded in our psychological approach, and that improved our tactical response. I think we played an extremely good game and could have got a draw.

Would you describe the final game against Egypt as a great victory?
Yes, why not? We beat an Egyptian team full of stars. We won not only in terms of the result but also with our performance. Our players had one of their best games. They remained steadfast after falling a goal behind and then scored twice, achieving a win that was a well-deserved reward.

Saudi Arabia are due to start their Asian Cup campaign in a few days. What will be different this time?
Everything. The situation is different now. We have a lot more responsibility than before the World Cup. We've had time to build on what we achieved in Russia. I expect the players to show a great response and to be up to the task. I believe we're moving in the right direction – towards the achievement of our goals in this continental tournament. My ambition has no limits. I'm a coach who believes in his work and always wants to get the best performance. My approach is to give the players total confidence so as to create a sense of responsibility and a strong desire to achieve our aims.


Saudi Arabia have appeared in the finals six times and won three titles. How do you see this competition going?
I'm aware of Asian football through my knowledge of the players and clubs in the year since I've been in Saudi Arabia. I've watched most of our competitors. I know that there's a big difference between the style here in Asia and the style in Europe or South America. As a coach, I don't like to make predictions. In this tournament, there will be tough matches and strong competitors who want to win, just like us. But I'll focus on my team to establish our own style and continue what we started in Russia. That will be our mantra before we begin the tournament.

You said that it is important for your team to play its own style. What is your coaching philosophy?
By nature, I don't like to play the role of the lone hero. There is a whole team working with me to accomplish our mission. But what I like most from my players is ball possession, creation of chances, tactical rigour and attack. I believe this is the right way for Saudi Arabia to play, no matter the opponents. This method requires intensive work. I trust the players because they have the necessary enthusiasm to implement this plan on the pitch and achieve the required results.

Do you think a coach who has played in major tournaments like the World Cup and European Championship has a greater influence on players?
That's not the decisive factor between success or failure, but sharing experiences is important and may give you credibility among the players. I believe it's more important for the players themselves to gain that experience. As you know, none of the Saudi players had taken part in a World Cup before the last tournament. Now they have experienced that competition, and both the good and bad moments. Players develop through accumulated experience and multiple participations, and you can see their performances improve every time they play. Now I'm looking forward to watching everyone showcase their ability at the Asian Cup and the tournaments to come in the years ahead.


Who is your role model in the world of coaching? And what attracted you to this job after your retirement?
Many retired players want to stay in touch with football. Everyone looks for the job that suits them – and coaching is certainly one of those! I waited for four years before I found the job that fulfilled my ambitions. Perhaps I was influenced by the Dutch school, which is based on possession and control; that inflamed my passion for this job. There are many big names in the world of coaching that I wanted to be like, such as Guus Hiddink and Louis van Gaal. There's also Jupp Heynckes, Bobby Robson, Jorge Valdano and Ramon Diaz.

What are the differences between coaching a club and coaching a national team?
There's a clear difference in general. The thing about coaching national teams is that you deal with a broad base of players throughout a country. You can bring in and change players from time to time to correct mistakes. But sometimes it's difficult to get to know all the players during the short periods we spend together. In the case of clubs, you deal with the same players, sometimes for many seasons. You work with them on a daily basis and you become aware of everything, including minute details.

We cannot end this discussion without mentioning your spell with Chile, which brought a Copa America title but also the disappointment of missing out on the World Cup. How would you describe that experience?
After winning the Copa America in 2015, there was a sense of complacency, and it was difficult to get the players to maintain the same level. We had to rekindle their enthusiasm. We played some excellent games at the Copa America Centenario in 2016 and won the title after some amazing results. Our performance at the Confederations Cup was also extremely good, and we could've won the title. But after that, we had the tough mission of maintaining the players' physical strength across the last four games in the World Cup qualifiers. We lost three matches and fell short of qualifying by just two points. Perhaps the physical factor was the main reason we missed out on Russia 2018.