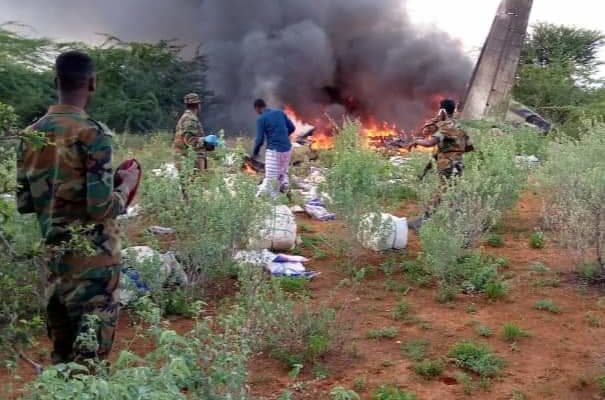 A plane carrying coronavirus supplies has crashed in Somalia killing 6 people including two pilots on board.

The plane, which was carrying medical supplies needed in the fight against the coronavirus, took off from Baidoa airport in the Bay region.

Government spokesman, Ismael Mukhtar Omar told the media that, it crashed shortly after, near the town of Bardaale where it was meant to land.

The cause of the Monday evening incident is not known.

The South-West State Minister of Transport Hassan Hussein Mohamed told the BBC that those who died included Somali and Kenyan nationals.