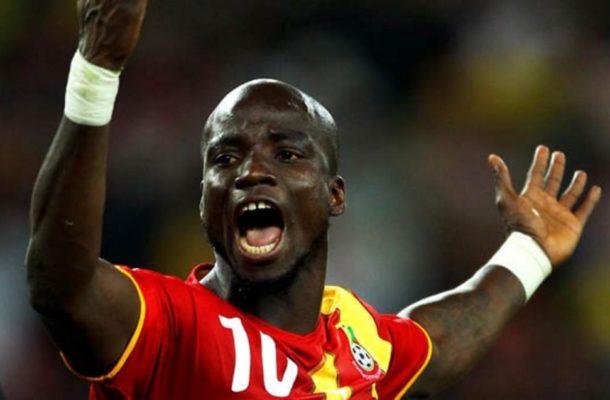 Legendary former Black Stars captain Stephen Appiah has blamed his failed Juventus career on opting to play for Ghana at the 2004 Olympic games in Athens.

The midfielder was selected as one of the three over aged players in the Ghana squad for the Olympic games but claims choosing to play in that tournament curtailed his Juventus career.

According to the Appiah the club treated him differently after he returned from the 2004 Olympics games in Athens.

The former Ghana captain joined the old ladies in 2003 after a stellar campaign in the Serie A the season before but was deemed surplus to requirement just a year after the Olympic games.

Appiah was sold to the ultimate retirement home of Europe in Turkey when Fernerbahce opted to sign him.

"I was invited to the Juventus office and they said they didn't want me to go for the Olympics. I said I love Juventus but my country comes first. I went to Athens and that was the end of my Juventus career," he told Joy FM.

He was quizzed whether he desperately wanted to play for Juventus when the offer arrived and he answered in the affirmative.

"Of course I do, Juventus is Juventus."

Stephen Appiah captained Ghana to our first ever World Cup appearance in Germany 2006 and was also present at the 2010 World Cup in South Africa.